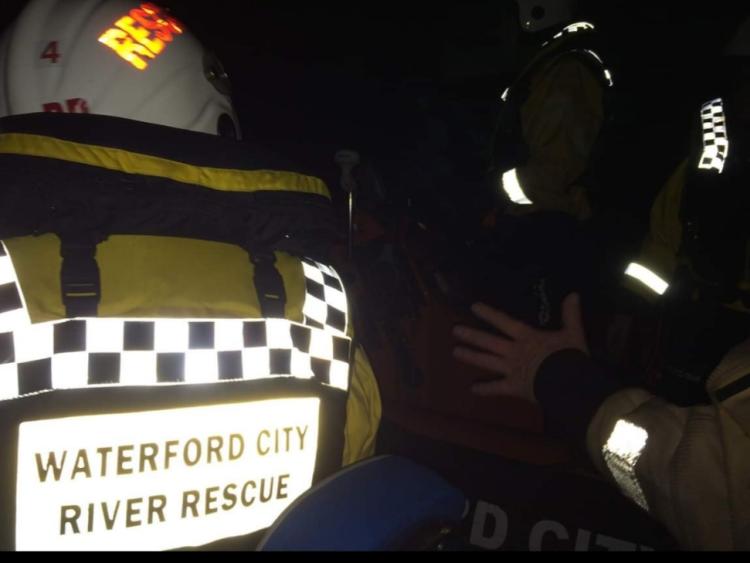 Irish Coast Guard personnel, Gardai and Fire Services have been deployed this Monday evening following reports of a person in the water near Waterford's North Quay.

Two Irish Coast Guard crews responded just after 5pm on Tuesday after receiving a report from Gardai of a person possibly in the water near Frank Cassin Wharf. Concerned friends had raised the alarm.

Waterford City Fire Service also attended the scene with a total of four boats conducting an extensive search of the immediate area before extending the search area, up and down river.

At the same time Waterford Gardai were combing the immediate area on land as it was not confirmed the whereabouts or location of the person.

Just before 6.45pm, the person was located safe and well by Gardai and all crews were stood down.