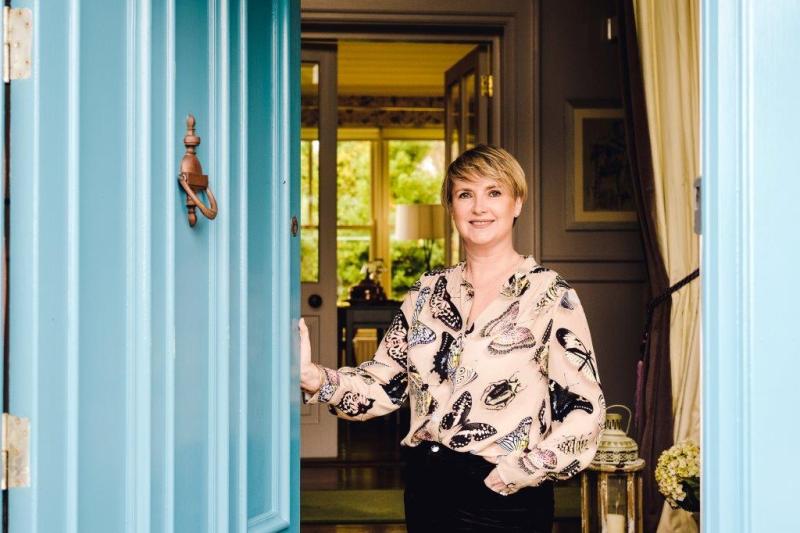 Máire Flynn of The Tannery in Dungarvan, County Waterford

THE Tannery is the darling of Dungarvan, County Waterford.

Opened in 1997 by Paul and Máire Flynn, it has developed into one of the most original and welcoming experiences in Irish food. Almost every producer who channels the ethos of Food the Waterford Way has seen their food explode into something stunning by the magical hands of the award-winning Tannery chefs.

It all started with Paul, who is now a nationally known chef, bringing his formal food training back to his home town of Dungarvan. Máire had never run a restaurant before and for both of them it was very much a step into the unknown.

“We started in 1997, which doesn’t sound too long ago, but in the life of a restaurant it feels like a lifetime,” Máire said.

“Back then people weren’t as well-up on food as they are now. There was no Food the Waterford way or anything like the culture that we have now. Thinking about it actually, back in 1997 there was probably one TV show about cooking, whereas now you can’t scroll past two channels without finding some kind of cooking or baking show.”

The Tannery was somewhat of a renegade when it first opened – the first in a new wave of modern restaurants with ideas and menus that would blow people’s minds.

“We were a bit before our time, but we grew into ourselves,” Máire said.

“Back then if you wanted green beans, you’d have to ring a wholesaler in Dublin. There was no such thing as seasonality and local produce. After a while, Paul started to question why he was ringing suppliers in Dublin for green beans from France when he could have the best of them grown out in Ballynacourty. We quickly began to see that the best ingredients were actually growing all around us.”

Before long, The Tannery became a local food hub with producers from all over the country bringing their meat, cheeses, breads, fruits and vegetables in on a Monday and watching them turn into something amazing for a special the next night. The evolution of The Tannery has also brought with it a Cookery School - where Paul and his roster of guest tutors teach up to 14 budding chefs a whole range of culinary skills – and a Townhouse which offers 14 luxurious rooms in a beautiful location in the heart of Dungarvan. It truly is a gem in Waterford’s food offering.

“It creates a brilliant network of food,” Máire said.

“Harty's could bring in some of their wonderful oysters to us and then they might recommend another great supplier. One thing always leads on to another and it gives you a great food community and a sense of pride in what we have in that community.”

“We’re always motivated by doing the best that we can,” Máire said.

“We feel as strongly about our restaurant today as we did when we first opened. We can safely say that we never got complacent and every day we go in to work we go in to do our very best. We just want to produce the best food and continue to live up to our own high standards.”

What’s next for the Tannery?

“We’re very content doing what we’re doing,” Máire said. “We have the restaurant, the Townhouse and the Cooking School and that’s enough to be getting along with!”

Check out Food the Waterford Way and follow @Waterford_Way.