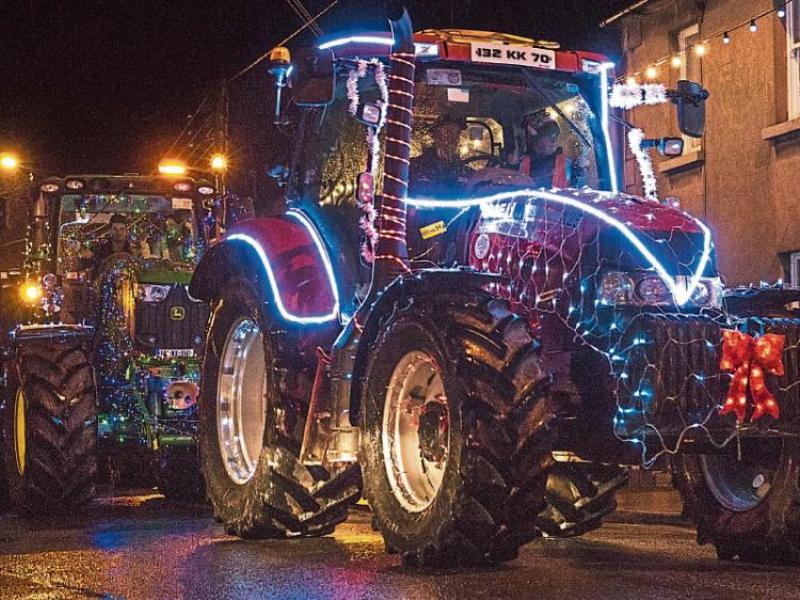 Waterford’s Carbally Community Development Project in association with The Gaultier Vintage Group will be hold a tractor run on December 30.

The proceeds from the day will go towards a defibrillator for Carbally Community Centre.

“All enthusiasts are welcome to attend. We also plan on reviving the Ri Rua election, which was a very popular event back in the 1980s. Winners back then included Mossy Fitzgerald, the late Michael Power and Maureen Kearney. We are currently looking for candidates to run in this resuscitated competition. Each candidate will represent a charity and shall raise money through the sale of lines. Each line will cost €2 with half of the proceeds going to the Carbally Community Centre and the other half going to their chosen charity. The candidate that raises the largest amount of money shall be deemed to be The Ri Rua of Carbally, Ballymacaw and Cloghernagh. This was a much coveted crown back in the 1980s and we’re sure that it will be again,” a Carbally Community Development Project spokesperson tells Waterford Live.

“In history, the Ri-Rua dates back to a period roughly between the years 265-270 AD when Cairbre Ri Rua moved down from Meath to take over the Déise. He ruled over all the land from Lismore to Creaden Head until the Normans came along and took it away from him.

“There the story ended until 1982 when his crown was unearthed during the digging of the foundations for the community centre. At the time we were trying to raise money for the construction of the centre, so we decided to run the first Ri Rua election. It was very successful from the start and was won that year by the legendary Mossy Fitzgerald.

“In 1983, the competition was won by one of the greatest sportsmen ever to come out of Ballymacaw, the boxer and tug-o-war champion Michael ‘Berregan’ Power.

“In 1984, it was the turn of the Civil Defence candidate Maureen Kearney to take the crown, and take it she did. Maureen departed for New Jersey shortly after winning and forgot that she was still wearing the Ri Rua headdress. Legend has it that she was often seen out and about socialising in New Jersey proudly wearing her bejeweled headgear.

“The following year when Maureen was returning home on a visit, she went to board Pan Am flight 30122018 but was stopped by airport security. She was informed that new flight regulations prohibiting the wearing of crowns whilst in flight had been imposed. After much arguing, she relented and packed it away in a box and allowed it to be stowed on board with her other luggage. Upon arriving in Shannon, she was shocked to hear that a cargo door had opened during the flight and her bags had disappeared without trace somewhere over the Mid Atlantic. There would have ended the story were it not for a group of treasure hunters that went diving last summer off the coast of Jamaica. They discovered a box with a tag on it that said ‘Property Of The Ri Rua Of Carbally, Ballymacaw and Cloghernagh’.

“Two months ago after 33 years beneath the waves, the Ri-Rua crown was returned to Carbally by An Post. This has led us to believe that the time is now right for the Ri Rua to re-emerge and take up his or her rightful throne. Given that the flight number of the plane from which the luggage disappeared was Pan Am flight 30122018, we decided that the search for the new Red King should begin on the night of the tractor run, 30/12/2018,” the Carbally Community Development Project spokesperson adds.

Get the latest information on the Carbally Community Development Project Facebook page.