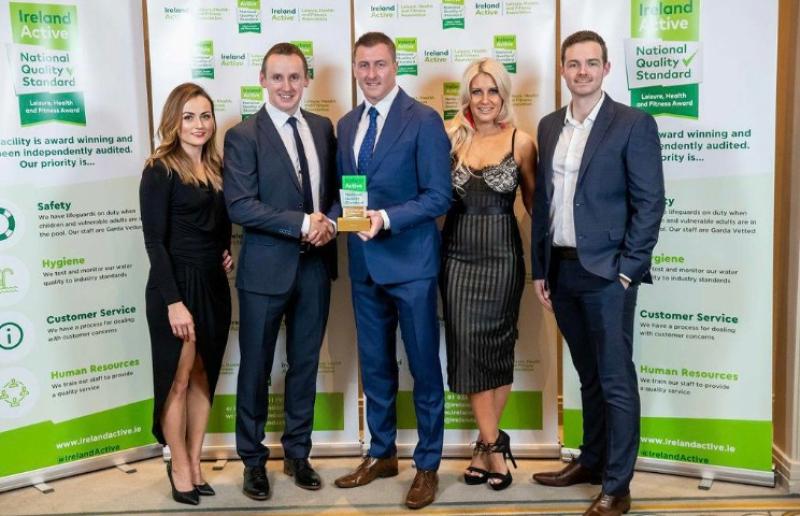 The WIT Arena received the top award of ‘outstanding’ and was shortlisted from the winners of this section to go on to win the Overall Best Fitness Facility for the second year in a row.

The annual Ireland Active awards took place in Druids Glen Wicklow recently with the WIT Arena retaining its title as the ‘Overall Best Fitness Facility in Ireland’. Ireland Active is the governing body which set standards, policies and procedures in the Health and Fitness Industry and is aligned with Sport Ireland to make Ireland a healthier nation.

The award structure is a nationally accredited Quality Award and is awarded under the criteria; achieved, excided and outstanding. WIT Arena received the top award of ‘outstanding’ and was shortlisted from the winners of this section to go on to win the Overall Best Fitness Facility for the second year in a row. The award is based on external audits carried out by Ireland Active. Facilities are marked under the following headings; health and safety, HR procedures, customer service, inclusion, standard, hygiene and cleaning.

Speaking after receiving the award WIT Arena manager John Windle couldn’t hide his delight: "We are thrilled to win this award for the second year in a row. I credit this continued success to the high standards we set ourselves and which our excellent team deliver daily. I am delighted to accept this award on behalf of all the team at the WIT Arena."

The WIT Arena opened its doors in 2016 and since then has seen almost half a million people through its doors. As well as their successes with Ireland Active the WIT Arena also scooped the ‘Nutramino Health & Fitness’ Award Winner for best in Retail in a Gym/Leisure Centre earlier this year.

The WIT Arena is a €20 million state of the art facility which opened its doors to students, staff and the general public in September 2016.

As well as serving as a resource for the Department of Sports and Exercise Science, the 2,000-person capacity WIT Arena is a popular sports facility for students and a valued addition to the region as a conference, meetings, entertainment and sporting venue.

The Sport Scholarship Programme at WIT is aimed at supporting high performance athletes in a wide range of sports. The support services offered include: WIT Arena High Performance Unit, academic support, sport science, medical and personal development are all tailored to help the athletes reach their potential. Last year a new “Emerging Talent” Scholarship package was been announced that will allow more students to benefit from the scholarship programme’s support structures.