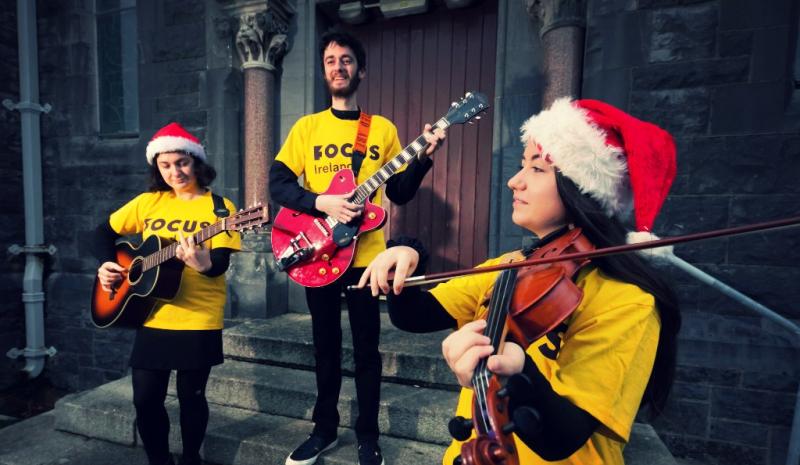 Waterford Institute of Technology students are set to spread the Christmas spirit at a charity concert in December.

More than 50 musicians will be on stage performing a variety of genres for free, with voluntary audience donations going to Focus Ireland.

The WIT Orchestra and BA (Honours) Music will celebrate its annual Christmas concert on Thursday, December 6 in the College Street Chapel, Waterford at 7 pm.

People of Waterford are invited to come along and listen to a night of music and song from the most promising musicians in the region. Entrance is free and donations will be taken in aid of Focus Ireland.

“The concert is a must for anyone considering studying music at third level. It is a family-friendly event, with an early start and great variety in the music played. The concert presents a wonderful opportunity to listen to the fruits of students’ hard work over weeks of rehearsals,” said Dr Hazel Farrell, Programme Leader on the BA (Hons) Music.

Members of the WIT orchestra and undergraduate students on the music degree will showcase their talent, performing a wide-ranging programme from traditional and jazz standards, to contemporary compositions and recognisable classical songs and melodies.

The concert is organised and promoted by the BA (Honours) Music students. Second-year student Seán Cunningham is involved with running the concert. He says: "it’s fun and gives us a chance to perform so our families can come and see what we’re doing. The concert gives us a focus point for our rehearsals during the semester. Come along and join students and staff of WIT for an evening of music. All proceeds in aid of Focus Ireland."