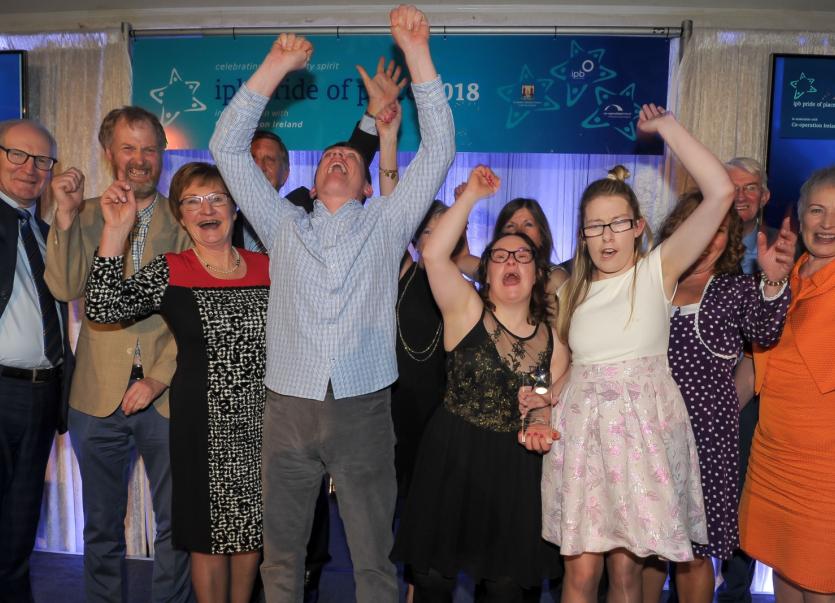 The club finished runners-up in the Creative Wellbeing Initiative-Targeted along with Erris Branch of the Irish Wheelchair Association in County Mayo. The overall winner in this category was the Gary Kelly Cancer Support Centre in County Louth.

Club members joined with 800 community heroes from across the country at the awards which are operated in association with peace building charity Co-operation Ireland.

The Pride of Place awards, described as the ‘Oscars of the Community Sector’, celebrates the often unsung work of community groups that selflessly work to make local neighbourhoods a better place to live in, work in or visit.

Organised by Co-operation Ireland and sponsored by IPB Insurance, the Pride of Place awards sees the country’s local authorities, on both sides of the border, nominate outstanding projects that contribute to civic pride.

Lord Mayor of Cork, Cllr Mick Finn said: “Cork has a strong tradition of volunteerism and community action and we are delighted to be partners in the Pride of Place competition. The Gala Awards evening is a unique opportunity to celebrate the best in community development and recognises the invaluable efforts of those who glue our communities together."

Tom Dowling, Chairperson of Pride of Place, expressed his delight “that after 16 years the competition continues to embed itself in the very heart of the Island of Ireland's communities and gives them the opportunity to highlight the proud and amazing achievements of their place directly to the judges. I wish them continued success.”

“From Donegal through Northern Ireland and in counties all the way to Cork, communities have been reaping the rewards of the hard work carried out by the community groups who make Pride of Place what it is.”

Chairman of IPB Insurance George Jones said: “Pride of Place is an important platform as it recognises those who give freely of their time to make where they come from a better place to live and work. It is clear that working together and getting things done increases people’s pride in where they live and in turn helps build vibrant sustainable communities.”