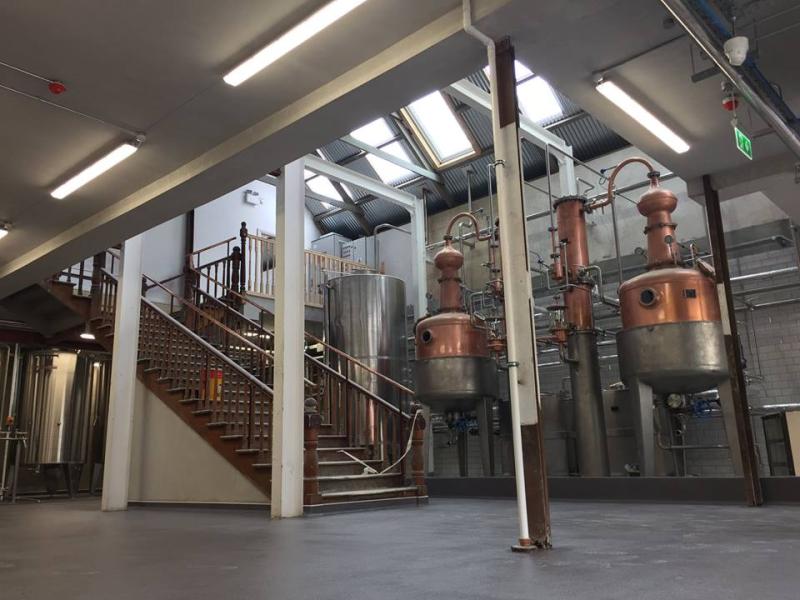 The new distillery in Ballyduff, near Lismore in Waterford, has today commenced Irish whiskey distillation.

The distillery’s three stills have travelled more than 2,300km from Siena, Italy, where they were manufactured by leading distillation technology company Frilli.

The distillery will produce Single Malt and Pot Still Irish whiskey. It will also continue to produce its popular range of Blackwater Irish Gin.

Blackwater Distillery will be the first whiskey distillery in the world to embrace blockchain technology. Every bottle of whiskey produced at the distillery will feature a unique symbol which the customer can scan, giving them access to information from every step of the whiskey’s production journey from distillation to bottling. This technology is being utilised as part of the company’s aim to be 100% transparent on every drop distilled at the Ballyduff facility.

The distillery will open to the general public for tours in early 2019.

Head of the Irish Whiskey Association, William Lavelle, congratulated the Blackwater Distillery team led by Creative Director, Peter Mulryan. Lavelle said: “We are delighted to see another distillery commence production of Irish whiskey, marking 21 distilleries in operation. Over the coming months, we will see at least five more distilleries come on stream. This is a step change from the start of the decade, when there were only four operational Irish whiskey distilleries. The Irish whiskey renaissance shows no sign of abating."

“2018 has been another year of exceptional sales growth for the industry with global sales set to exceed 10.5 million cases1 by the end of 2018. This will be the first year that Irish whiskey sales have broken the 10 million case barrier since before prohibition in the US in the 1920s."

“The United States continued to deliver strong growth in 2018 while major markets including Germany, Australia and Canada are performing very well for the category," he added.

"It’s a very exciting time and we look forward to seeing further industry growth, fuelled by the ambition, innovation and hard work of our Irish whiskey producers.”

The Irish Whiskey Association (IWA) is the representative trade association of the Irish whiskey industry. The IWA forms part of ABFI (Alcohol Beverage Federation of Ireland) which is part of Ibec.