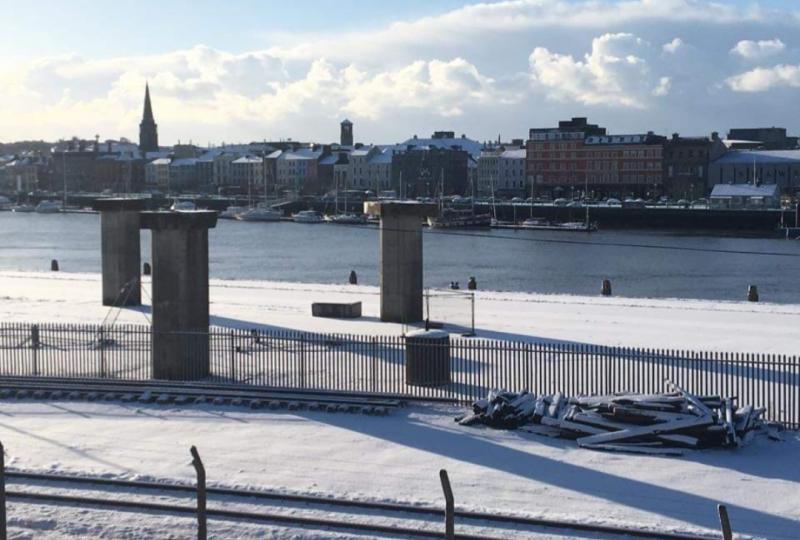 Combined funding of €7.35 million has been announced for two Waterford projects under the first round of the Urban Regeneration and Development Fund, which was launched in July this year as part of Project Ireland 2040.

The Waterford North Quays project is to receive €6 million for the construction of a pedestrian bridge linking the city’s North and South quays – the single biggest allocation for any project to receive funding.

The bridge will connect the site of the proposed massive retail, tourism, office and residential development on the North Quays with the area around the Clock Tower in the city centre. It will have an opening centre section to allow river traffic to pass through.

"The bridge is one of the most critical pieces of enabling infrastructure for the redevelopment of the North Quays redevelopment," Waterford Minister John Halligan commented.

"In providing a link between the North Quays and the city centre, it will ensure vital connectivity between the existing and proposed shopping districts. The potential is immense: this key piece of infrastructure is the first building block in a multi million euro project that has the potential to transform our city, not just physically but also from an economic and social perspective," Halligan added.

"Furthermore, the new bridge will enhance Waterford’s tourism offering as it will link the New Ross to Waterford and the Waterford to Dungarvan greenways."

Elsewhere, public realm works in Tramore Town Centre have been allocated €1.35 million under the Fund for a regeneration project that will include the partial pedestrianisation of Main Street, new roundabouts and a new one-way system.

"The Tramore works, which are long overdue, will revitalise the town centre," John Halligan said.

"The works will take place on a phased basis and will ultimately enhance accessibility and deliver a safer and more attractive environment for pedestrians and motorists alike."

"Both the North Quays Pedestrian Bridge and Tramore Town Centre projects were selected for funding because they were deemed ‘ready to go’ by the Department."

"In the case of the North Quays, site investigation works have already taken place for the new bridge and plans are at an advanced stage."

The Urban Fund will reopen for allocations next February, when applications will be made for further infrastructural works to facilitate the regeneration of the North Quays.