Dungarvan Brewing Company planning on getting 'bigger and better' 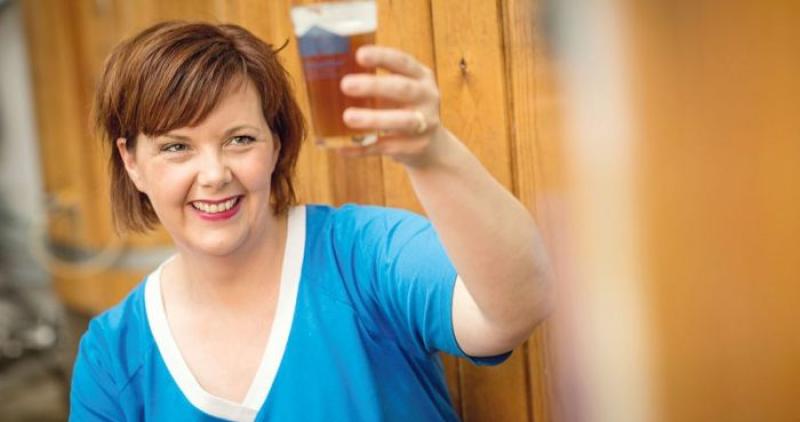 DUNGARVAN Brewing Company in County Waterford is undoubtedly one of Ireland’s most successful local produce stories.

Founded in 2010 by brothers-in-law Cormac O’Dwyer and Tom Dalton and their wives Jen and Claire, the micro brewery specialises in traditional style bottle conditioned ales and stouts.

“It started over a decade ago when the four of us would go out and lament at the lack of beer choice available locally,” says Dungarvan Brewing Company sales and marketing director Claire Dalton.

“We could also see the potential for a brewery in Dungarvan as the craft beer industry had really taken off in the States and was making its way over to Ireland.”

Each member of the team put in the hours researching, upskilling and securing the qualifications needed to run a successful brewery.

Head brewer Cormac O’Dwyer had always been a brewing enthusiast, trying out many of his home-brews on a very perceptive but small audience. In just a few years with Dungarvan Brewing, Cormac’s beers have won awards at Blas na hEireann, the Brewing Industry International Awards and been featured in multiple Beer Bibles.

“We decided to go the route of bottle conditioning, which is a more traditional hand-made style that wasn’t prevalent in Ireland at the time. It isn’t filtered, isn’t pasteurised and is naturally carbonated so there is minimum interference with it between raw ingredients and finished product.”

“We were determined to do things our own way, which happily enough for us made us quite different from a lot of other breweries. From day one we were from grain to bottle, doing everything ourselves, which is extremely unique in the industry. When we started there were six to seven micro breweries in Ireland, today there’s around 80 to 90," Claire continues.

Claire says that the Food the Waterford Way mentality provided a vital platform for their young company. “We received huge support from local businesses and other local producers. From the very first day, the likes of The Tannery, Cliff House, the pubs around Dungarvan - they were all willing to give us a go, regardless of the fact that they hadn’t a clue what we were up to.”

Every beer which bears the Dungarvan Brewing Company mark is guaranteed to have been brewed and bottled, casked or kegged on-site in the brewery in Dungarvan, making it a truly authentic Irish craft beer.

“It’s all about collaboration, which is so important. We’re living and working in Dungarvan, amongst all the other local producers - we meet them every day at the school gate! It’s great to be able to collaborate with local producers such as Mezze and Hearty Oysters who we made a special beer with earlier this year. To be able to ring a fellow producer to ask some advice or share some knowledge is just invaluable," Claire says.

“When you start your own business you put a seed in the ground and you want to see how much it can grow. We want to see Dungarvan Brewing getting bigger and better and fulfilling the potential that we know it has.”

What’s next for Dungarvan Brewing Company?

“The next thing we’re looking at is the tourism element of the brewery. We’re hoping to develop the brewery to put in a tap room and as well as offering tours we can sell the beer on site and give people the full Dungarvan Brewing experience.”