Waterford to feature in latest episode of Ear To The Ground 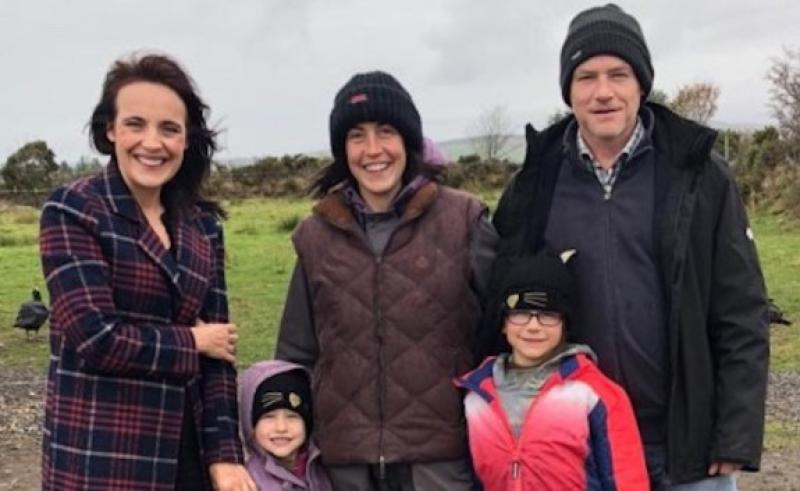 Two Waterford farmers will feature on the December 6 episode of Ear to the Ground on RTÉ One.

On the Kiely farm in the middle of the Comeragh Mountains in Waterford, Clotilde and her husband David are taking a very different approach when it comes to protecting their valuable poultry enterprise.

Even though there are geese, hens, ducks and turkeys all roaming freely, there is a lack of any electric fences or gates to keep them safe from the many predators like fox and mink that are plentiful in this part of the country.

But while the fences may be missing, their poultry is safe in the hands of two enormous Pyrenean Mountain dogs Bruce and George who have been specially bred to guard these birds.

Ella McSweeney went to the farm in Ballynakill and met both dogs and owners to look into how the system works, and also to talk about local food production in the county.

Also on the December 6 episode, one of the biggest issues facing all Irish farmers will feature when it comes to the environment and pollution of waterways when waste water runs off from their farmyards.

In Dunhill, Waterford, a group of farmers have gone back to basics when it comes to dealing with their wastewater and put in wetlands to soak up and clean any contaminated water, and in doing so created an ecological haven for all kinds of biodiversity.

Helen Carroll visited Eugene Dunphy’s farm in the Anne River Valley to see first-hand how the wetlands work. She also checks out the local school and village where the whole community is benefiting from what the farmers are doing here.

Elsewhere, farm thefts will be featured on the show with a visit to North Dublin. Over two-thirds of farmers have been victims of crime, many of them more than once. Farmers are especially vulnerable as their homes and yards are often isolated in the countryside, their assets like machinery and livestock are easily moved, and they often work alone.

Darragh McCullough reports from North County Dublin where there has been a spate of farm thefts in recent times. Some have resulted in assaults and animals being butchered in fields.

He speaks to farmers who have had livestock and equipment stolen, and to the Gardai who are planning a clampdown using wildlife and road traffic acts.

Ear to the Ground broadcasts on RTÉ One, Thursdays at 8.30pm. Repeat 13.10pm Sunday. Produced by indiepics for RTÉ.