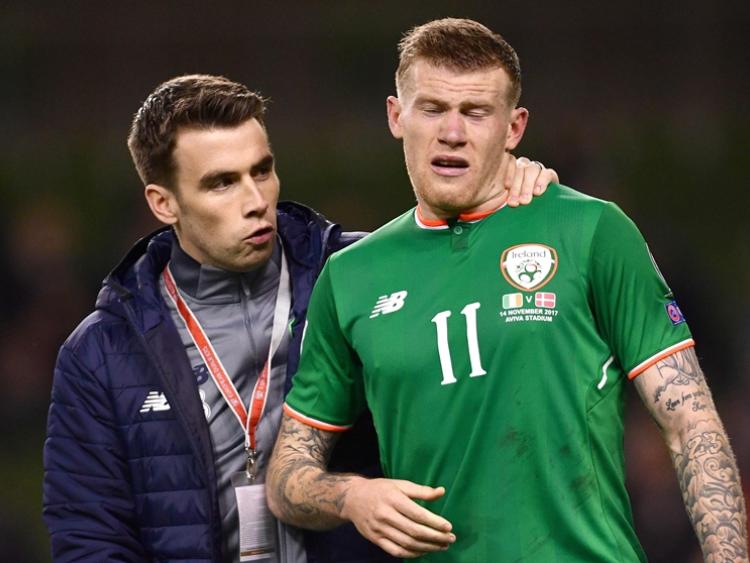 A government junior minister from Waterford has come out in support of Irish international footballer James McClean in his ongoing poppy debacle in the UK.

John Halligan, who has a junior ministry for Skills, has said he is appalled at the abuse the Derry man has encountered over his poppy stance.

Appalled at the abuse against #JamesMcClean, would like to see @FAIreland come out and stand up for him in this debacle https://t.co/u4iBr70Xs1

McClean, who plays for Stoke City in England's Championship, has endured a severe backlash over his statement regarding his refusal to wear a poppy on his shirt.

The poppy is symbol commemorating British soldiers who died in World War I and all of England's fallen war veterans. McClean's refusal relates to his childhood and experience of the British Army in Northern Ireland in Derry during the Troubles.

McClean has long taken the same stance, but after he again refused to wear the poppy last weekend in Stoke City's home game against Middlesborough, the Irish international came under intense abuse, including from his own club's fans.

He followed the game with an Instagram post where he labelled a certain cohort of fans who sang anti-Irish songs at him "uneducated cavemen."

The controversy has erupted again as it emerged Stoke City and the FA in England were, in fact, investigating James McClean's Instagram post.

The Republic of Ireland manager Martin O'Neill has been quoted by the BBC as saying, "James is entitled to do what he wants...that's entirely his choice and I think his choice should be respected."

Waterford Minister, John Halligan, has called on the FAI here to come out and "stand up for" James McClean in the ongoing furore.