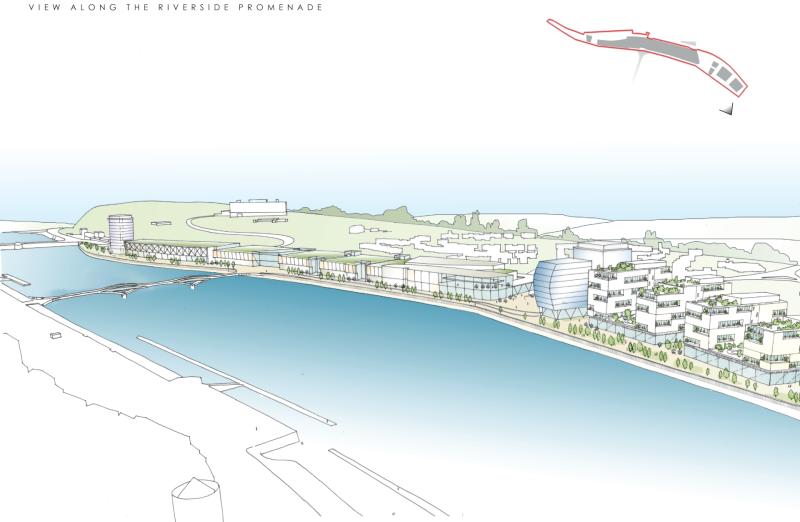 Fianna Fáil TD for Waterford, Mary Butler has welcomed the signing of contracts for the new North Quays project and is calling on the Government to commit to providing the €104 million needed to get it up and running.

Deputy Butler was commenting as contracts were signed by the Fawaz Alhokair Group and An Bord Pleanála’s confirmed that the Compulsory Purchase Order (CPO) of the North Quay site and associated lands on the Dock Road are necessary for the infrastructure works.

“This is fantastic news for Waterford and is another vital step forward for this game-changing project for our city and county."

“I am led to believe that a formal launch of the North Quay’s project will occur later this month as the contract between the Fawaz Alhokair Group and the City and County Council has been agreed and signed.

“The €300 million investment from the Fawaz Alhokair Group needs to be matched by a Government investment of €104 million. This is crucial in allowing this project to progress," Butler said.

“I want to congratulate the Council officials, and in particular the CEO Michael Walsh, for their vision and foresight in pushing this project. The investors also need our thanks."

“Unlike many other investors, the Fawaz Alhokahir Group is choosing to invest in one of Ireland’s smaller cities rather than the traditional investment in the Dublin capital region. This is a credit to them and one which, I believe, deliver benefits to the entire region," the TD added.

“The next vital step is the delivery of the necessary funding, approximately €104 million, from the Government to allow this project drive one. As a local TD, I will continue to lobby hard in the Dáil for the Government to deliver on its promises,” concluded Butler.