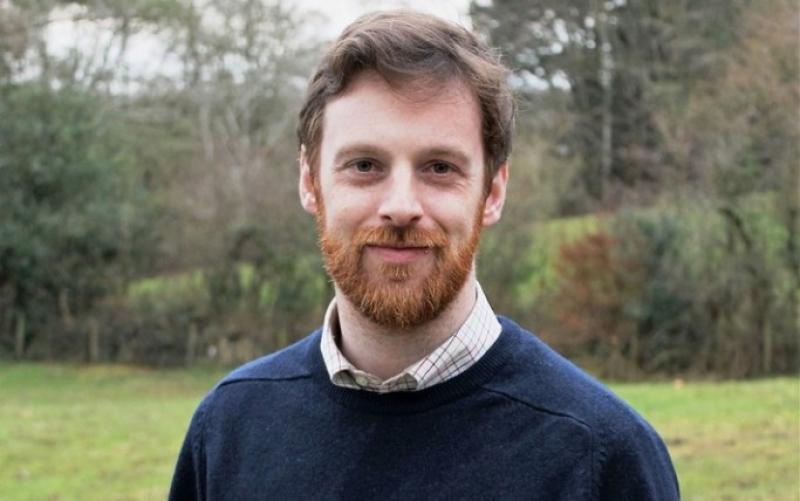 The Earl Strongbow tells the story of the Siege of Waterford in August 1170 when the Norman lord, Sir Richard de Clare, better remembered to history as Strongbow, landed his army in Ireland with the aim of conquest.

“I think the modern impression of Strongbow is one of an intimidating warrior at the head of a vast army of well-to-do knights, superior to all that stood against them,” said the Tyrone author.

“There remains a feeling that it was inevitable that the Normans would conquer Ireland. The historic sources paint a much different story. They show that the result was balanced on a knife edge for a very long time and might’ve taken a much different path if not for several key outcomes going in the Normans’ favour. One of those moments was the Siege of Waterford.”

In the lead-up to the siege, Strongbow had sent a small advance party to Ireland under Raymond de Carew – better known in his lifetime as Raymond the Fat. His 120 mercenaries had defeated a Viking army of between 2,000 and 4,000 at the Battle of Baginbun, a story told in Ruadh’s second book, Lord of the Sea Castle.

This was also a close run thing with the upshot being Strongbow’s crossing of the Irish Sea with the rest of his men: failed knights, rebel Welsh archers, distrusted Flemish mercenaries, a real hodge-podge of desperate and footloose men who were considered to be no better than brigands in their own land.

“The name Strongbow conjures an image of a formidable soldier, but he was not known by that nickname until several hundred years after his death. We’ll never know the truth, but the famous chronicler Gerald of Wales depicts him as a rather gangly, effeminate and softly-spoken man with ginger hair and freckles who had ‘more of the air of a man-at-arms than a general-in-chief’.

“He was also desperately close to financial ruin and had used up every last penny available to raise his army of invasion. One defeat and it would’ve likely been curtains for the Norman adventure in Ireland. And he really stretched his luck to breaking point at Waterford in the summer of 1170."

“The prize for winning at Waterford was impressive. Not only would Strongbow have lordship over a wealthy trading town, but he had also been promised the hand of an Irish princess and through her a claim to the crown of Leinster. Defeat, on the other hand, would mean economic ruin, the end to all his ambitions, and might’ve led to Strongbow’s own death," Butler explained.

“The stakes could not have been higher, the odds of victory more keenly balanced. Lucky for Strongbow then that he had one of the greatest warriors of the age at his side: Raymond the Fat. Within a few years of these momentous events the Normans would stretch their rule over much of Leinster and into the old Kingdom of Meath which included parts of Offaly."

The book has already garnered praise from some of the best authors working in historical fiction.

“This lyrical novel is rich in history and evokes a wonderful sense of time and place. Great characters, strident battles and a story to be savoured,” said acclaimed author of The Master of War series, David Gilman.

Irish writer of The Fifth Knight series, E.M. Powell, said: “It’s not just the grim gore of the Anglo-Norman battlefield that springs to life in Butler’s skilful telling. Even better, he finds his way into the minds and spirits of those men for whom the ultimate prize was a nation.”

The Earl Strongbow is published by Accent Press and is available in all formats at Amazon, Barnes and Noble, Waterstone’s, Eason’s, Blackwell’s, Foyle’s and WHSmith.