Waterford cider's 'legacy' dates all the way back to 1930s 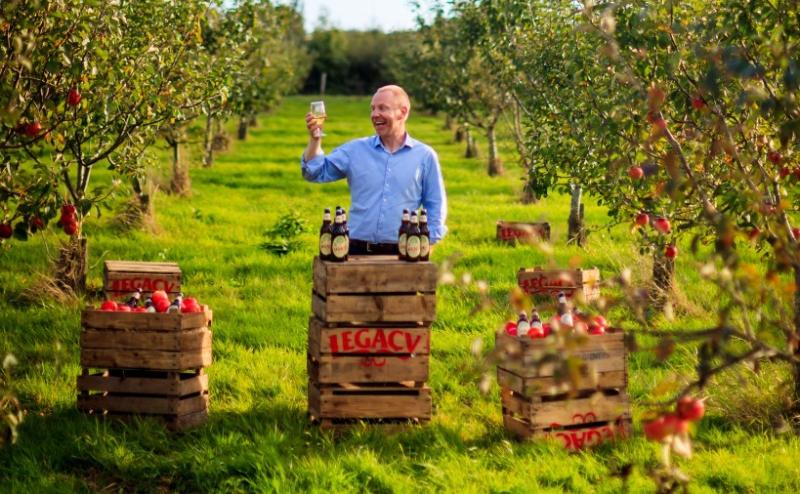 Waterford cider's 'legacy' dates all the way back to 1930s

Willsie McDonnell first started growing apples in the Bride Valley, West Waterford in the 1930s. His son, Dr Pat McDonnell, having grown up surrounded by apples, went to college and got a doctorate in Pomology, literally becoming a doctor of fruit. Somewhat inevitably, his son Liam has now followed in those very same footprints and created a craft cider inspired by the family’s history called, “Legacy Irish Cider.”

“I spent ten years of my life going around Europe with my dad selling miniature apple trees that he developed called Coronets,” Liam said. “I joined the drinks industry after that but there was an itch that I was dying to scratch, which was to set up my own business.”

Liam matched his horticultural knowledge with his sales experience and identified a gap in the drinks industry for an authentic craft cider.

“I started making cider in 2014 while I was still working in the day job,” Liam explained. “I did a course then in January 2015, got a loan from the bank and opened my first premises.”

Making cider is a long process so, in those early days, Liam had to be patient – like all good Waterford producers.

“Cider takes about 6-9 months to be ready so I was ready to launch the product in April 2016,” he said. “I brought 1000 cases to the test market and they sold out in three months so that was the best possible start for legacy.”

In March 2017, Liam left his day job and officially made Legacy Irish Cider his life. He had a huge harvest of Deise apples and was ready to take on the big boys of the cider world.

“There are only a hand full of craft ciders in Ireland, compared to over 80 breweries,” Liam explained. “Our cider has a sharp green apple flavour which is definitely unique and very different from the other ciders that are out there. It’s local, and it’s produced in a small, patient way like the best food and drink that we’re used to here in Waterford.”

At the moment, Legacy Cider is available in almost every Off Licence and Bar in Waterford City and County.

Speaking about the history behind his product and what it means to him, Liam said, "First of all, it’s something for us as a county to be very proud of."

“We have a very strong food and drinks offering and Food the Waterford Way is particularly important to me because I believe that we need to be working together to make sure that we get the recognition that is deserved. Once we start complementing each other then food production in Waterford will move on to another level.”

“I really feel that I’m blessed to be in a situation where I can own and run my own business and that I have a product that people like and are purchasing,” Liam said. “I’ve worked for other people for much of my life so to be doing this, with the great family legacy behind me, it is a dream come true."

Looking to the future for Legacy Irish Cider, Liam commented, “This is just the beginning of a journey for me. I’ve produced the first product, whose job it is to get the business off the ground."

“The next product is going to be a medium cider, which will be slightly sweeter, and richer and after that, I will continue to invest in new product development to bring some more exciting ciders to the market, whilst at the same time sticking to the tradition that we have established," Liam concluded.