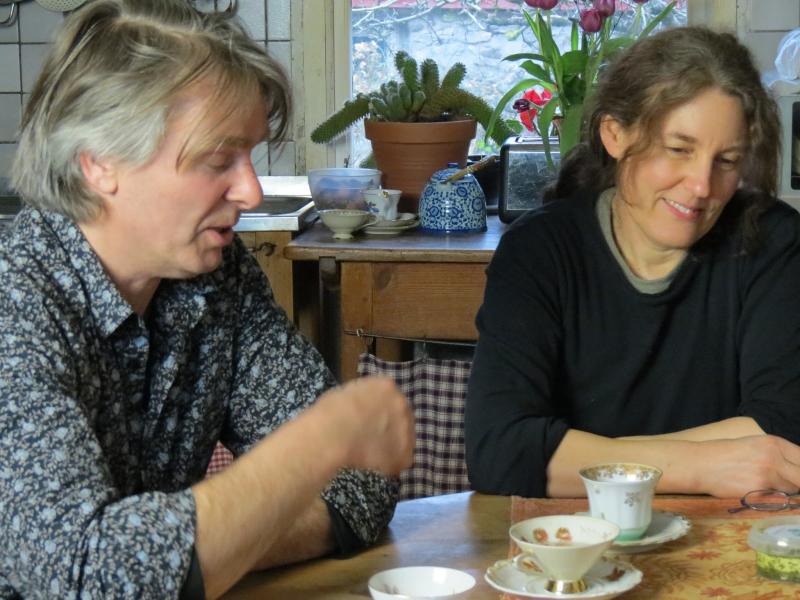 Wolfgang Schliebitz has been coming to Ireland on his holidays since 1970. He says that he loved it so much that himself and his wife Agnes packed up everything and moved here, from Germany, in December 1989.

“Not too long after we arrived we started making sheep’s milk cheese, which at the time was quite exotic and not that well known in Ireland,” Wolfgang said. “We saw this as an opportunity to develop a niche for ourselves to make a living, and that’s exactly what we did.”

Wolfgang and Agnes are fine exponents of Food the Waterford Way in that their cheeses are hand-made using vegetarian rennet and top quality pasteurised milk, and do not contain any artificial ingredients, flavours or preservatives as well as being absolutely GM free. Their passion is food, and everything else is secondary.

To learn about Wolfgang, Agnes and Knockalara Cheese, the entry they have in the Irish Cheesemaker’s Directory is quite informative: “Travel into the heart of West Waterford, along winding country roads and over stone bridges, turn left at an old thatched cottage, through lush green fields and there you will find the Knockalara Cheese Company”. If you were to picture the ideal setting for cheese to be made, this would be it.

Over the years, Knockalara have added mature cheeses to their range, as well as many tantalising variations of their soft cheeses. Their cheese is available in many top quality hotels in restaurants throughout Ireland but they can also be purchased in Ardkeen Quality Food Stores, Kelleher’s Cappoquinn, The Country Store in Dungarvan, The English Market in Cork and the various Farmer’s markets in Waterford city and county.

Speaking about today's food industry, Wolfgang said, “I think it was a lot easier to start out in 1990 than it would be today,” Wolfgang said. “There is a lot of bureaucracy and red tape now that make it so hard for small food producers to get going.”

On motivation, he added, "We absolutely love what we do. If we didn’t love what we do, and if we didn’t have pride in our produce, then we simply couldn’t do it. Making cheese, is exactly what we intended to do when moved to Ireland from Germany and I couldn’t be happier that we’re doing it.”

Talking about the future of Knockalara Cheese, the German native commented, "We’re going to make a cow’s cheese milk next year,” Wolfgang said.

“We’ve already dipped our toes into that market with a cow’s cheese called ‘Comeragh’ and that’s going really well. However, you have to bear in mind that if you’re going to make a mature cow’s cheese, it could take eight to nine months before you find out what the cheese will be like. It takes time to develop a really good cheese that we’re happy with. We’ve been experimenting with cow’s milk for a good few years and next year we’ll be ready.”

Want to learn more – check out www.foodthewaterfordway.com or follow @Waterford_Way