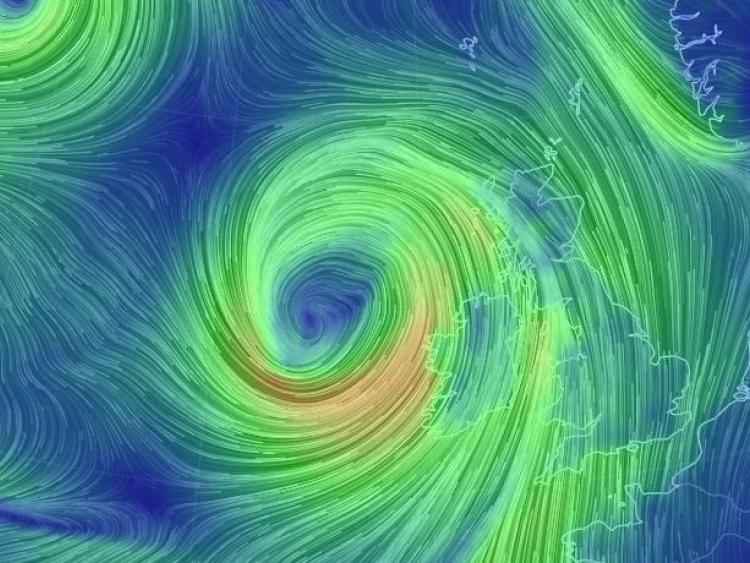 Waterford put on 'severe flood alert' ahead of Storm Callum

Waterford has been put on alert over a severe flooding risk as a result of Storm Callum, due to make landfall in Ireland late on Thursday night.

Met Éireann has already issued a Status Orange warning for the country's coastal counties as the Atlantic weather system approaches.

"Winds will be strongest overnight and early on Friday, gusting between 110 and 130 km/h at coasts," they added, while heavy rain is also expected. The warning is valid from Thursday at 10pm until 9am on Friday morning.

Meanwhile, a regional meteorologist in the Midlands has said Waterford is one of the counties most at risk of flooding in the coming days.

Cathal Nolan from the Midland Weather Channel said, "While much of the attention over the past number of days has been predominantly on the strength of the wind, little has been mentioned about the likelihood of the serious risk of extensive coastal flooding during spring high tides on Friday morning."

"The combination high spring tides, very low surface level pressure and storm force winds will cause swells in excess of 30 ft across many southern, western and northwestern coasts. With swells in excess of 15 ft likely on the Irish Sea," he explained.

"As well as coastal flooding very heavy rain is likely to occur in southern and southeastern parts of the country during Callum and from a second weather system during Saturday. Totals across mountainous areas could reach as much as 100 mm in some cases leading to the risk of substantial flooding."

"Away from mountainous areas and the totals are expected to reach between 40-60 mm with spot flooding again likely in susceptible areas, with southern and eastern coastal counties most at risk," Cathal concluded.