Waterford TD says Budget 2019 is 'progressive' because of Fianna Fail 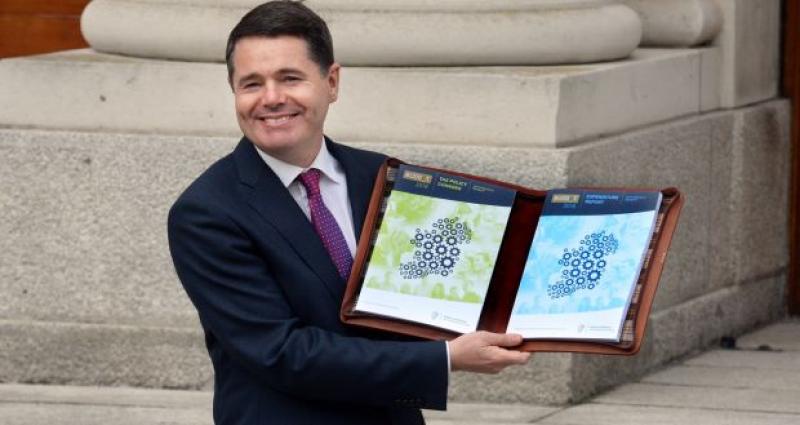 Waterford TD says Budget 2019 is 'progressive' because of Fianna Fail

Fianna Fáil TD for Waterford, Mary Butler has said that progress was made in certain elements of Budget 2019, and that the progressive nature of the budget was enshrined due to Fianna Fáil’s influence.

Deputy Butler added that the measures announced for older people will give some additional comfort to pensioners.

“In particular, the extra week under the Winter Fuel Allowance, increasing it to 28 weeks per year, the €5 per week increase in the pension, and a reduction in prescription charges, will put more money in older person’s pockets," she said.

“Substantial increases in the number of home help hours and home care packages are expected, and they will, I believe, allow older people to stay in their home. This is always a good outcome."

“Fianna Fáil makes no apologies for giving something back to our older citizens,” said Butler who is her party’s spokesperson on older people."

“The HSE Service Plan for 2019 will tell the story about how the increase in health funding will benefit citizens. I am anxious to see funding for the roll out of a national Dementia Advisors programme to support people and families who are given a diagnosis of dementia or Alzheimer’s," Butler added.

“These basic services are required wherever you live and should not be determined by your postcode.  Additional funding to support people living with neurological conditions such as Parkinson’s disease and Multiple Sclerosis are also vital."

“However, I am disappointed by the increase in the VAT rate for the tourism industry. I felt it could have been introduced over a two year period to reduce the impact on small businesses who have committed to bookings for up to two years in advance."

“While Fianna Fáil’s influence has been felt in Budget 2019, it’s not a Fianna Fáil budget. If we were in government, things would be different and better. There will be some who will say Fianna Fáil should have done more, delivered more and achieved more in this Budget," the Waterford deputy continued.

“What I would say to them is that if you want Fianna Fáil to deliver more, vote for the party’s candidates in the next general election and ensure that we secure enough seats to elect Micheál Martin as Taoiseach. That’s when the true impact of Fianna Fáil will be felt – when Fianna Fáil is in government,” concluded Butler.