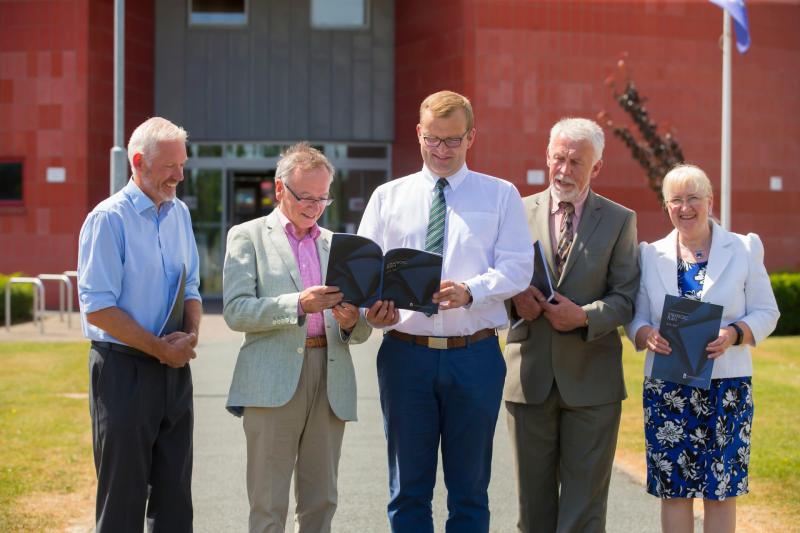 Dr Richard Hayes, Vice President for Strategy at WIT, said the institute was keen to ensure particular reference to Gaeltacht na nDéise and to WIT’s activities there in its new strategy.

“It is a strong mark of regional distinctiveness that we have a Gaeltacht in Waterford,” he said. “We are very strongly committed to supporting the regional Gaeltacht and are keen to build on existing successful partners into the future.”

An example of existing joint activity is WIT’s collaboration with Nemeton TV in An Rinn which has been beneficial to the community, the language and partner organisations within the television, media and related industries.

The postgraduate Higher Diploma in Arts in Television and Digital Media Production, developed by WIT and Nemeton TV in partnership with Údarás na Gaeltachta, has been successfully preparing new media talent since 2006 and is widely recognised within the industry for the quality of training graduates receive.

The year-long course is designed to provide students with the essential practical skills in order to work as bilingual professionals in the television and digital video industry. Graduates to date have gone on to play key roles in the broadcast media and film industries in Ireland.

According to Course Leader Moira Sweeney, “The participants on the course benefit from learning in both an academic setting and a live television production environment. The collaboration between Nemeton TV and WIT ensures that the course stays abreast of the growth in new technologies."

According to Dr Hayes WIT plans to create another course to be delivered entirely through Irish in the coming number of years as well as to extend opportunities for staff and students to study the language.

“We will be working with all the partners in An Rinn to bring additional activity to the region. The model we have with Nemeton has been enormously successful and has been industry leading. We would like to continue to assist in attracting talented, creative people to the region by offering these kinds of cutting-edge courses."

Dr Hayes also notes that Irish becomes an official working language of the EU in 2022, and in July there were more than 70 European Union translator roles in Brussels and Luxembourg advertised.

WIT’s Strategy 2018-2021 was published earlier this summer and indicates that WIT plans to be within the Top 100 universities under 50 years old in the world by 2030 through the Technological University process.