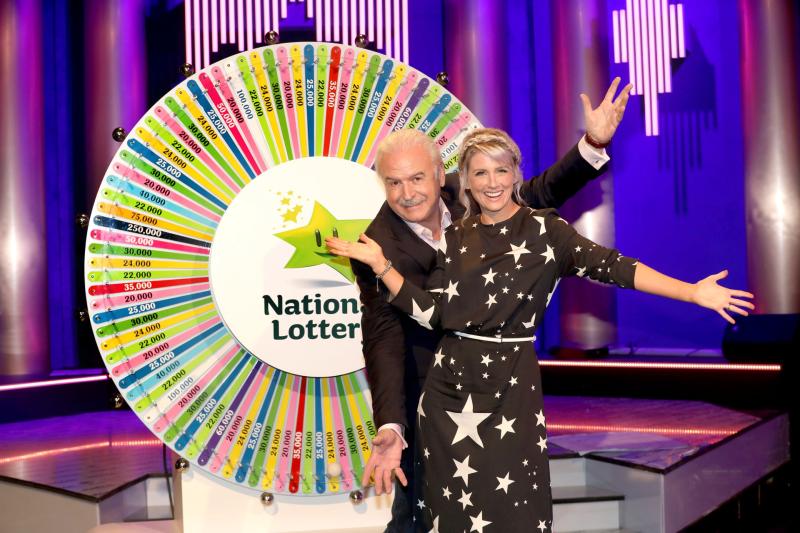 A tractor salesman from Waterford will be hoping to spin the wheel this week as he takes to the RTE stage to take part in the National Lottery TV gameshow, Winning Streak.

Mark Hennessy from Kill got a late birthday surprise when he was watching Winning Streak last Saturday night – it was the surprise of his life when he saw his own ticket pulled out of the drum to be on next week’s show. Mark turned 35 at the start of the month so is relishing this belated birthday surprise!

It’s been a lucky year for Mark who married his partner of five years, Elaine Brazil, last month. The couple met while travelling in Australia where Mark lived for five years.

Mark is a cabinet maker by trade but works as a sales rep for Kill Agricultural Services where he is a tractor and farming machinery salesman. Mark is a keen sportsman himself who has played hurling for Waterford at under 21 and minor levels. He plays for his local club Kill GAA and is a massive fan of the Waterford hurling side.

Mark has also sought advice from a friend who appeared on the show in the past and hopes to do as well as fellow Waterford man, Brian Fleming who won €64,000 back in 2008.

The enhanced National Lottery game show, co-presented by Marty Whelan and Sinead Kennedy, will feature some perennial favourite games as well but also brand new games including Play or Pay, Roll for Riches, WinFall and Electric Dream – where one player will win an electric car worth €25,000.

As ever one of the lucky five players will get the chance to spin the wheel and win up to €500,000.  But this series a €100,000 segment will be added to the iconic Grand Prize Wheel every show if less than that was won in the previous show, improving players chances to win a massive prize.

The other Winning Streak players next Saturday (29th September) are: