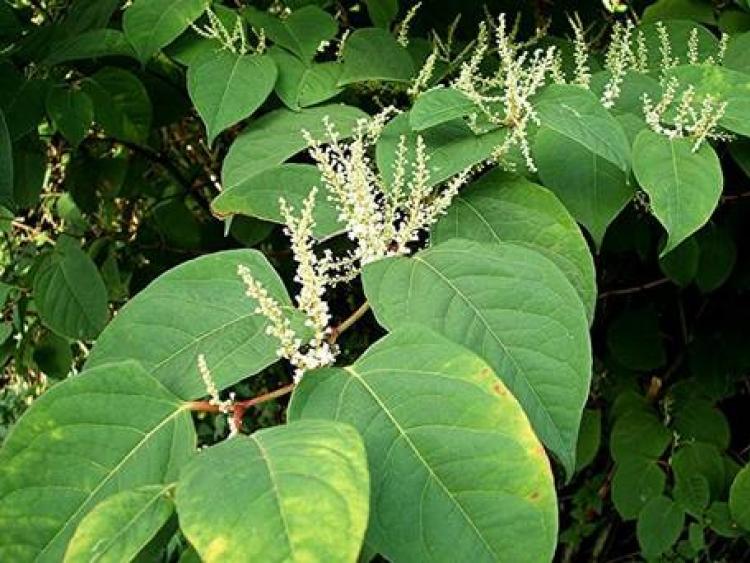 Waterford City & County Council is advising landowners who may have Japanese Knotweed on their lands that September and
October are the best months to treat the invasive species plant.

Japanese Knotweed is an increasingly common sight on the side of public roads, on waste ground and on the fringes of
waterways. It is one of the most problematic invasive alien plant species. Japanese Knotweed can seriously damage buildings and infrastructure by growing through concrete, tarmac and other hard surfaces if any cracks exist.

Japanese Knotweed grows vigorously and competes with native plants. It forms tall thickets up to 3 metres in height that exclude all other vegetation, shading the area below.

The principal means of spread of Japanese Knotweed is entirely through the deliberate or accidental movement of rhizome fragments or cut stems. Japanese Knotweed has the extraordinary ability to spread and even tiny amounts of cut stem, crown or rhizome are capable of producing a new plant.

Controlling spread is therefore dependent on preventing the spread of the stem, crown or rhizome. Landowners are being asked to be on the lookout for Japanese Knotweed and cutting back or trimming of Japanese Knotweed must be avoided.

Japanese Knotweed can be identified by its hollow bamboo-like stems which are green with red/purple speckles during summer. The leaves are green, shield-shaped with pointed tips and a flat base, 10-15cm in length arranged in zig-zag pattern on red shoots off the main stem.

It produces small creamy/white flowers in late summer and autumn. During the winter the leaves die back and reveal orange/brown woody erect stems.

Follow-up treatment will be required for 3 to 5 years and the location monitored beyond that to ensure complete eradication. When treating Japanese Knotweed landowners must have regard to the Sustainable Use of Pesticides Directive which places restrictions on the use and application of herbicides by professional and amateur users.