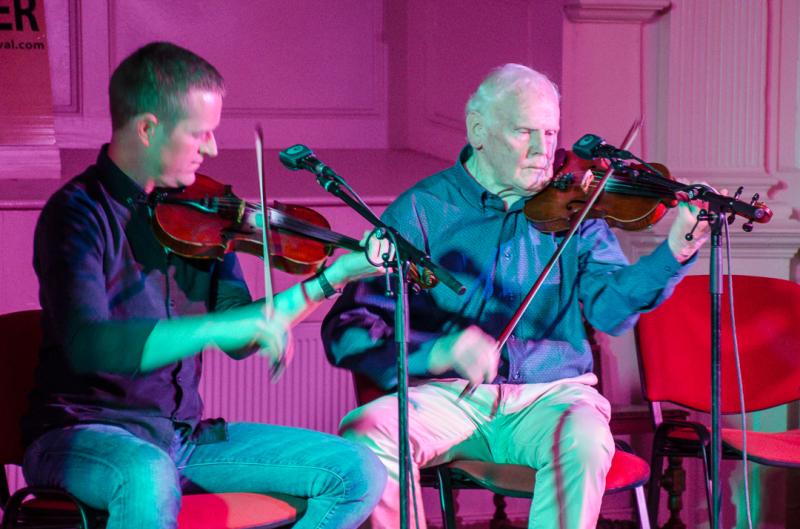 The annual John Dwyer Trad Weekend is set to be a highlight on the Imagine Arts Festival events schedule, which takes place in Waterford City from the 18th – 28th of October.

The weekend will see workshops, sessions, album launches and concerts which feature some of the best traditional musicians from all across the country.

On Friday, October 19, the weekend gets off to a lively start with a celebration of Traditional Music from The Deise, this very special night will feature a host of traditional music and song from all corners of Waterford city and county.

A gala concert evening will be a weekend highlight, featuring John Dwyer and friends. John Dwyer will be joined by old friends from the Castle Ceilí Band - Seán Keane of The Chieftains fame on fiddle and his brother James Keane on accordion with Charlie Lennon on piano, and Mick O’Connor and Michael Tubridy on flutes.

The final of the Under 18 Composition competition will also be held, the competition is open to U-18 traditional musicians on all instruments, for all tune types, within the traditional idiom. If you would like to enter please send mp3/digital recordings to johndwyertradweekend@ outlook.com before Friday 12th October. The winning tunes will be chosen by John Dwyer himself.

For further details on all John Dwyer Trad Weekend events and for tickets see www.imagineartsfestival.com.

Many more events are set to take place during the John Dwyer Trad Weekend including a series of ‘Pub Sessions’ will also be on offer at venues across Waterford City plus musicians Josephine Marsh and Barry and Laura Kerr will all launch their new albums.

The John Dwyer Trad Weekend takes place as part of the 10 day Imagine Arts Festival in Waterford, which takes, place from October 18th to October 28th and promises an exceptional programme for everyone to enjoy.

The 2018 festival is an exciting multi-disciplinary series of events that promote the best of local arts mixed with top national and international work. Some festival highlights include the inimitable Spraoi’s latest production ‘Wicked Woods’; Stomptown Brass’ ‘Requiem for Truth’ featuring a raucous New Orleans style jazz funeral and Waterford Youth Arts’ ‘Horribly Historical Trails – both of which take place amidst the narrow back streets of the medieval City.

The Waterford Writers Weekend this year which will be hosted by RTE’s Rick O’Shea and features interviews with some of Ireland’s leading literary luminaries including Authors John Boyne and Cecilia Ahearn.

A rare live recording of RTE’s Sunday Miscellany which celebrates 50 years this year; ‘Terakaft’ a Tuareg Rock Band from Mali; ‘Meeting Mr Ruckle – a retrospective exhibition of the work of American Artist Ernest Ruckle who resided in Waterford from the 1980’s until his recent death; David McSavage’s new show ‘A Terrible Want’ and a Mayoral reception for esteemed Irish filmmaker and Waterford native George Morrison featuring screenings of his movies including the powerful and iconic ‘Mise Eire’ plus the biggest flour fight to ever take place as clans of Vikings and festival-goers prepare for ‘Blaa-Mageddon’ plus lots more.

The Imagine Arts festival is packed with over 130 acts & performances for all tastes and ages, join in the fun this October in Waterford from the 18th to 28th – see Imagineartsfestival.com