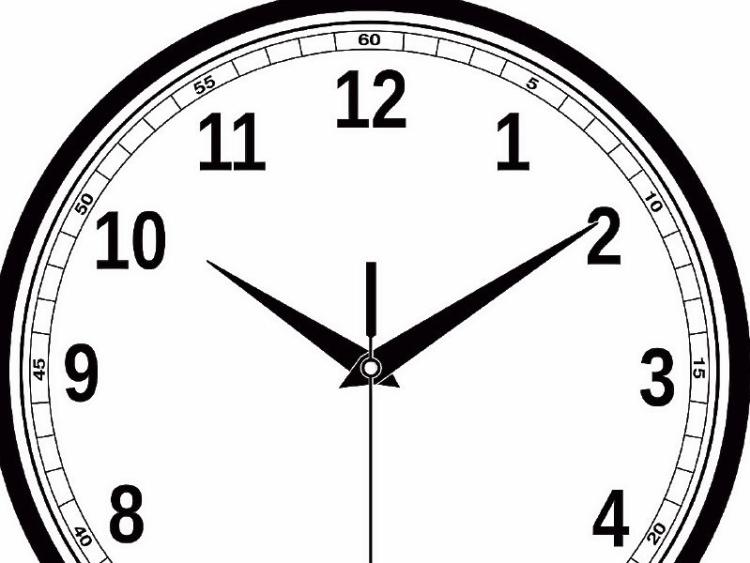 In his State of the Union Address this week, European Commission president Jean-Claude Juncker proposed to end seasonal clock changes in Europe in 2019.

Summertime arrangements in the EU require that the clocks are changed twice per year in order to cater for the changing patterns of daylight and to take advantage of the available daylight in a given period.

MEP Clune said: “I have been working with various parties for many years to implement these changes and I am glad to see that they are going one step further today. When asked people in Ireland voted overwhelmingly to stop the clock changes and I think we must all listen to the citizens of Europe on this. Following the recent public consultation on this 80% of European citizens voted to stop the two clock changes each year.”

“This really is an exercise from a bygone era that no longer serves a useful purpose. There are many benefits to ending the process of changing the clocks each year such as improved outcomes for road safety and economic benefits. In addition brighter evenings in winter would have a positive benefit for public health,” added Ms Clune.

According to a recent public consultation, 88% of Irish people voted to stop changing the clocks and almost 80% said they have a negative overall experience with the clock changes each year.

President Jean-Claude Juncker said: "We all say in soap-box speeches that we want to be big on big things and small on small things. But there is no applause when EU law dictates that Europeans have to change the clocks twice a year. The Commission is today proposing to change this. Clock-changing must stop.”

Commissioner for Transport, Violeta Bulc, said: "We are proposing to put an end to seasonal clock changes as of next year. This very ambitious timetable will allow citizens to reap the benefits without delay. We are now inviting Member States and businesses to make the necessary preparations to ensure a coordinated approach across the EU."

As part of an assessment of the current arrangements, the Commission held a public consultation in summer 2018 which received 4.6 million responses, the highest number ever received in any public consultation organised by the European Commission. 84% of respondents were in favour of ending seasonal clock changes.

In light of these elements, the European Commission has concluded that there is no point for Brussels to keep regulating seasonal time changes and that Member States should be free to decide whether they want to be in summertime or wintertime and handle the matter at national level, in accordance with the principle of subsidiarity.

"I am pleased that the Commission is moving quickly on this, particularly given discussions last week were around an end date of 2021 for the clock change. An earlier date, which we called for, is better as it puts pressure on us to begin the legislative process immediately, and hopefully get it completed by the beginning of next year or sooner.

“The Austrian Presidency have signalled a willingness to move quickly on this issue too and will raise it at the next Council meeting later in the month. This shows a real willingness to push through this important legislation.

"The proposal is good as an initial first step, and it will now be up to the Parliament and Council to agree on a common approach. I think a lot of the discussion ahead will focus on a smooth transition towards an EU-wide workable system. It would bring logistical difficulties to have Member States on many different time zones, and so it would make sense to ensure there is some degree of alignment. That is for the negotiations ahead,” MEP Kelly added.