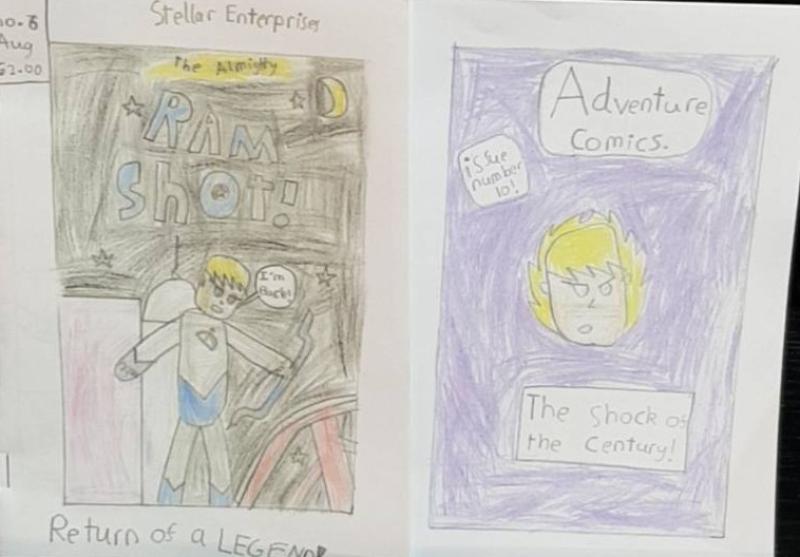 Waterford schoolboys Ned Hawkins (10) and Oisín Langford (11), who plan to be publishing millionaires before secondary school, are set to appear on the Ray D'Arcy Show on RTE television on Saturday night.

The hit chat show returns after a summer break and the Waterford friends are among the first guests. Ned and Oisin are the brains and brilliantly youthful and brash characters behind 'Stellar,' a company producing handmade comic books.

They came to national attention on Ray D'Arcy's radio show back in July when they confidently proclaimed that they would be millionaires before secondary school. Their first big television appearance this Saturday night at 9.35pm may well be the first step on that road.

At the time on radio, Oisin explained how he was head of marketing while also double-jobbing as head colourist. Ned, keen to be the top man, declared himself the CEO.

The lads are comic fans and they aim to keep humour as part of their products. “We try to keep it humourous, because Marvel and DC are quite dark, so we think that we should be humourous and show that superheroes can be funny as well," he told Ray at the time.

Also joining Ray upon his return to our screens on Saturday night are Love Island's Dani Dyer and Jack Fincham, creator of classic comedy Derry Girls Lisa McGee and some of the cast, singer Damien Dempsey, as well as Alison Nevin, the lucky Dublin girl who got a selfie with Pope Francis in Croke Park during his visit.

You can catch the Ray D’Arcy Show this Saturday night at 9:45PM on RTE One!