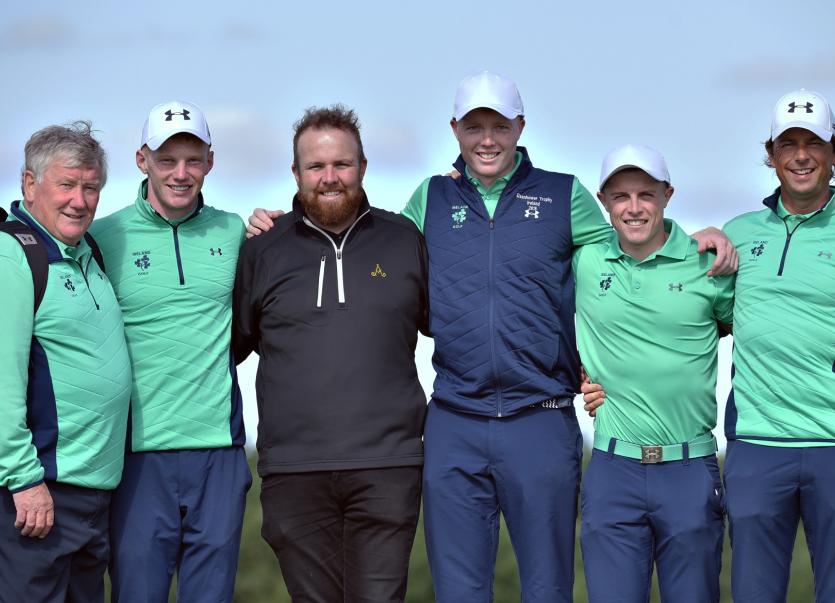 Waterford's Robin Dawson, along with his teammates Conor Purcell and John Murphy, is putting the final touches to his preparations for the World Amateur Team Championships in Carton House, Maynooth, this week.

The Tramore man and Irish Number 1 amateur will be instrumental if the Irish team are to be victorious in the international tournament on home soil.

Offaly golfer and PGA pro Shane Lowry joined the Ireland side at Carton House on Tuesday as they put in their last-minute preparations for the tournament which gets underway on Wednesday.

Shane played for Ireland at the 2008 World Championships and was on-hand to offer advice and help to the home side as they go in search of the Eisenhower Trophy on home soil.

VIDEO: Shane Lowry speaks about the Irish team as they prepare for the Eisenhower Trophy

Lowry spoke of his own experience ten years ago when he played the tournament injured and went on to win the Irish Open as an amateur the following year, eventually turning professional not long after.

He said the current crop, including Dawson, should use the fact that the Eisenhower Trophy is on home soil as a positive rather than seeing it as an added pressure.

The tournament gets underway on Wednesday at Carton House.