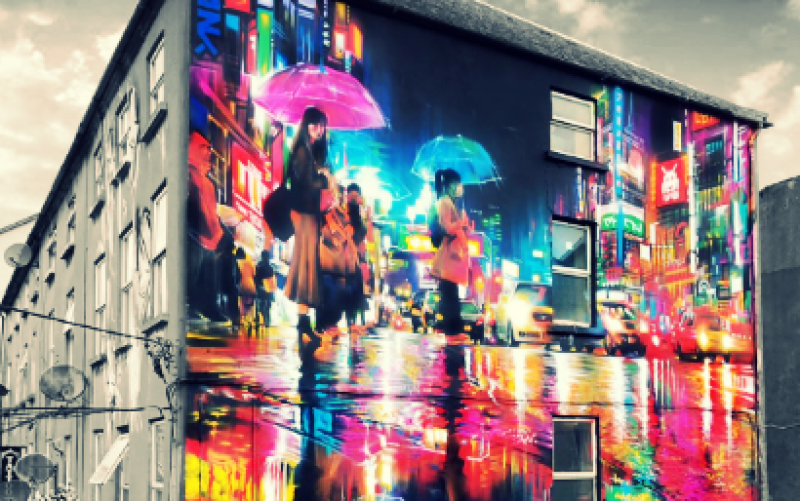 One mural from the recent Waterford Walls festival in the city has caused a huge stir online.

'Neon Waves' - Waterford, Ireland - I am really excited to finally reveal my latest huge scale mural, and definitely one of my top 5 murals painted worldwide to date! I had such an amazing time in Waterford, with so many kind and welcoming people! pic.twitter.com/czTYj0hg5d

Dan Kitchener's 'Neon Waves' is one of the most beautiful things we've ever seen and one of the more striking of the many murals that popped up on the city's buildings last weekend.

The Waterford Walls festival returned to the city for its fourth year, transforming the city through colour and art by painting and lighting up the walls of buildings.

Waterford Walls is an international street art festival started by The Walls Project that transforms Waterford City into an open-air gallery.

Waterford Walls was the brainchild of Edel Tobin, founder and project manager with Waterford Walls Project. It was one of many of her ideas to re-imagine public spaces.

In 2014, she founded New Street Gardens, a pop-up garden built on a derelict site in the city. In 2017, she launched Patterns of Light-a lighting display along the Quay in Waterford.

You can find more from the colourful festival by searching Waterford Walls on Facebook.