How Waterford's famous Baldwin's ice cream is made 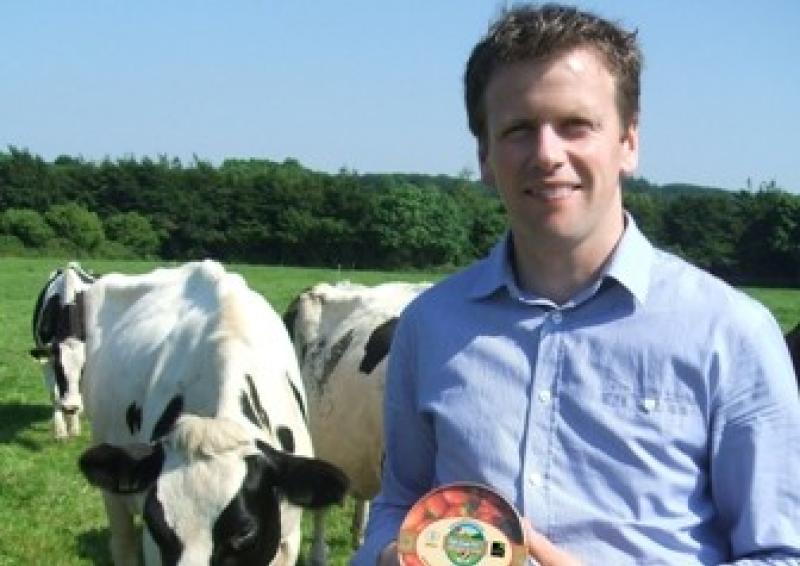 How Waterford's famous Baldwin's ice cream is made

Sometimes, when you do food the Waterford Way, you make magic happen, and that’s exactly what Thomas Baldwin did when he decided to use his farming skills to make ice cream.

It all started back in 2006 when Thomas visited some farms on a scholarship trip to the Netherlands.

“We were checking out some dairy farms and I happened to see a farm making ice-cream and it really captured my imagination,” Thomas said.

“I was building a new milking parlour at the time so I tweaked the plans a little bit, got a Leader Grant and took the first step on the ladder.”

Thomas was dealing with an Italian company for the equipment and they also provided training, to give him that initial boost.

“I worked off some basic recipes to start with just to find my feet and see what we could do,” Thomas said. “We obviously had no customers at the beginning so I had to go out and show the world what we could do.”

And show they world he did. Thomas bought an Ice Cream cart and headed into the Dungarvan Farmer’s Market to try and sell a few scoops. It was the summer of 2007, the sun was shining, and people were falling in love with Baldwin’s Farmhouse Ice Cream.

“I went cold-calling after that,” Thomas said. “I visited supermarkets and local restaurants to try and build up a customer base. A lot of people responded to the idea of local ice cream, made from local milk, from local cows eating local grass.”

Thomas took his inspiration from Eamon Lonergan, whose famous Knockanore Cheese is made right next door to him. They regularly collaborate - in the true spirit of Food the Waterford Way - not only with their dairy, but also with their distribution. Together, Thomas says, they are definitely stronger.

Currently, you can pick up a carton of Baldwin’s Farmhouse Ice Cream in a number of SuperValus across Waterford, as well as such fine restaurants as Loko, McCleary’s, Slize Pizza and The Cruise.

They currently stock around 20 flavours, our favourite is the mint-choc, but are presently looking for new and imaginative ice-creams to tickle those taste buds

“I think it’s either in you or it’s not,” Thomas said. “Going out and making a go of something yourself. Some people are happy to work for a company or do a 9-5, but I’ve always got a kick out of the challenge of creating something out of nothing."

"When you get up in the morning it’s up to me how profitable my day is. Some days are good and some are bad, and that’s the nature of the business. I love that, and when people tell me that they love our ice-cream, then it makes it all worthwhile?”

What do you think of the food industry in Ireland in 2018?

“It’s good, for the most part, but what bugs me are the rogue traders,” Thomas said. “For example, there are a few ice-creams that carry the name ‘farm’ but they’re not made on a farm at all. Ultimately though, all we can wish for is that the customer gives the small, local producer a chance so that we can all grow and get better."

What’s next for Baldwin’s Ice Cream?

“As my friend and collaborator from Knockanore Cheese says, if you’re not growing, you’re going backwards!”