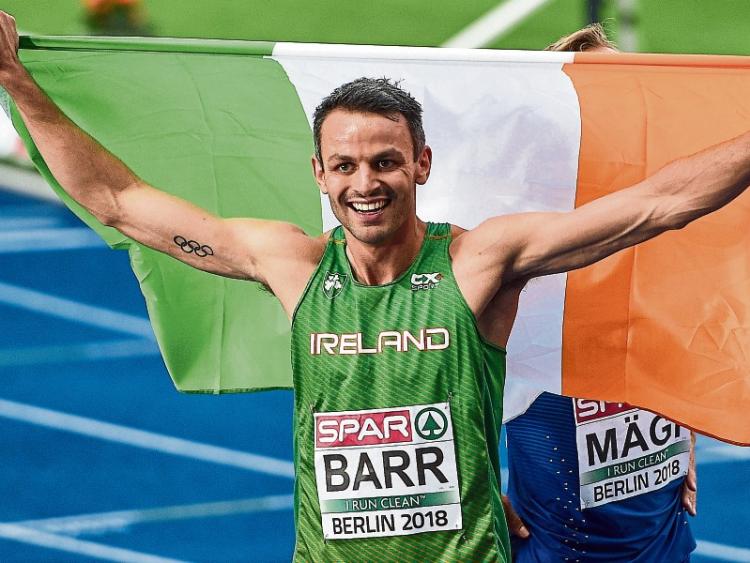 A homecoming event for European bronze medalist Thomas Barr has been planned for Thursday evening in his native Dunmore East.

People of Dunmore East & Waterford, come along this Thursday evening to the Dunmore harbour at 6.30pm to welcome @TomBarr247 home! Finger food, music and the man himself will all be there! pic.twitter.com/f0AzwF0CTo

His sister Jessie, also an accomplished Irish athlete, took to Twitter to announce the news after the sprinter claimed his 400m hurdles medal last week.

Karsten Warholm claimed the gold medal while Turkey's Yasmani Copello grabbed silver in Berlin. The 1-2-3 was a replica of the semi-final from which Barr qualified for the final.

Jessie Barr told her followers to gather at Dunmore harbour at 6.30pm on Thursday to welcome her brother home. She said fans could expect "finger food, music and the man himself" in attendance.