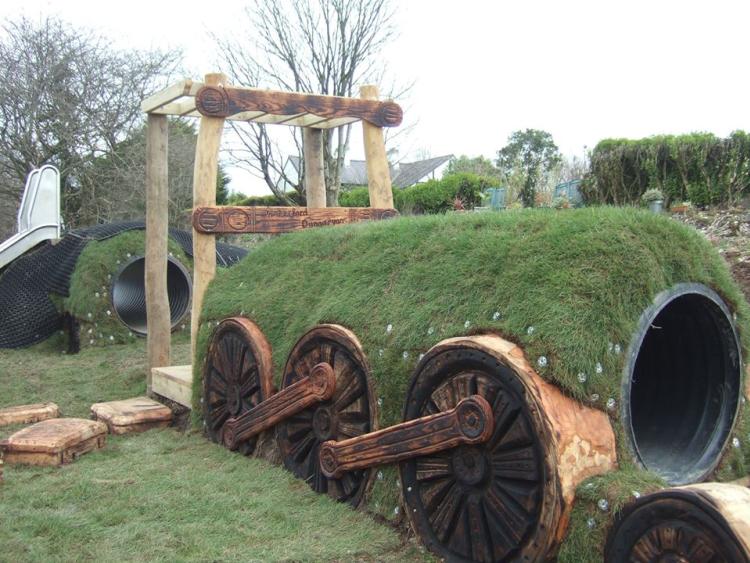 Sinn Féin Councillor for the Comeragh District Declan Clune is calling on Waterford Council to reinstate, without further delay, the Durrow Greenway Playground.

"It was designed specifically for Durrow with lots of wood sculpting including railway wheels, suitcases and picnic tabletops, all sculpted by John Hayes, the chainsaw sculptor, encapsulating the railway heritage of the area. It was highly utilised and an added attraction to Durrow as after using the Greenway children would enthusiastically use the facility," he added.

He went on to explain that “the playground was removed shortly after due to an objection from a resident in the area and I
have discovered since that there was actually a planning issue with the playground."

“I raised the issue at a Comeragh District meeting shortly after the playground was removed last year and was advised that it would be replaced in the short term."

"I have made more enquires since and this week have been advised by Waterford that the playground will not be reinstated in Durrow and the plan is to install it at the Carriganore entrance to the playground which is obviously on the outskirts of Waterford City," Declan explained.

“This is unacceptable as this playground is part of the attraction of Durrow. An individual in the area has gone so far as to offer a site for the playground to the Council."

“I have contacted my District Council colleague Cllr. Liam Brazil and he has agreed to support a motion at our next District Meeting calling on Waterford Council to reinstate the playground without further delay."

“We simply cannot support any attempt to permanently remove this fabulous attraction which will enhance and build on the success of the Greenway in the Durrow area," Cllr Clune concluded.