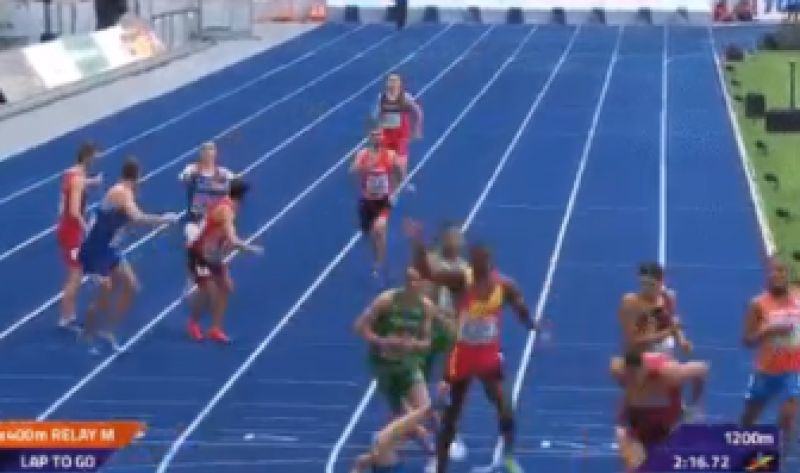 Waterford's Thomas Barr was back on the track in Berlin on Friday after his historic bronze medal in the 400m hurdles on Thursday evening.

Barr partnered Christopher O’Donnell, Brandon Arrey and Leon Reid in the semi-finals of the 4x400m relay event. During the race, Barr had to draw on all of his hurdling ability as he had to clear a fallen opponent as he began his leg of the race.

Thomas Barr cleared a hurdle of the human kind as he anchored Ireland's 4x400m relay team to fifth in their heat at the #EuropeanChampionships #EC2018 pic.twitter.com/aGOcNC2K8o

Despite the heroics, Barr and his teammates finished in 5th spot and missed out on progression to the next stage.