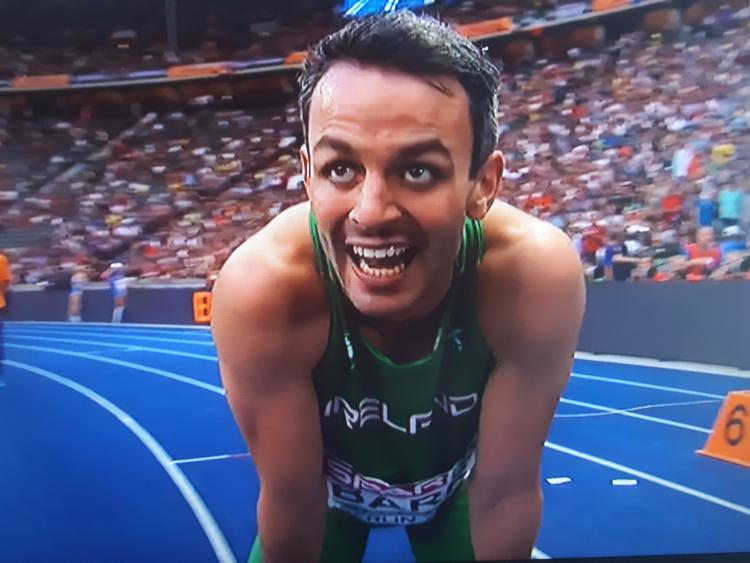 Waterford's Thomas Barr has won a bronze medal in the 400m hurdles final at the European Championships in Berlin.

Olympian Barr started in lane 8 in Thursday's final and had the reigning world champion, Norway's Karsten Warholm for competition.

Having qualified as the seventh fastest at the semi final stage, hope had diminished for Barr taking home a medal.

However, he made a fast start and rounding the final bend he had just been pipped for fourth place on the track.

With his typically strong finish, the Ferrybank man powered over the line for a bronze.

Warholm claimed the gold medal while Turkey's Yasmani Copello grabbed silver. The 1-2-3 was a replica of the semi final from which Barr qualified for the final.