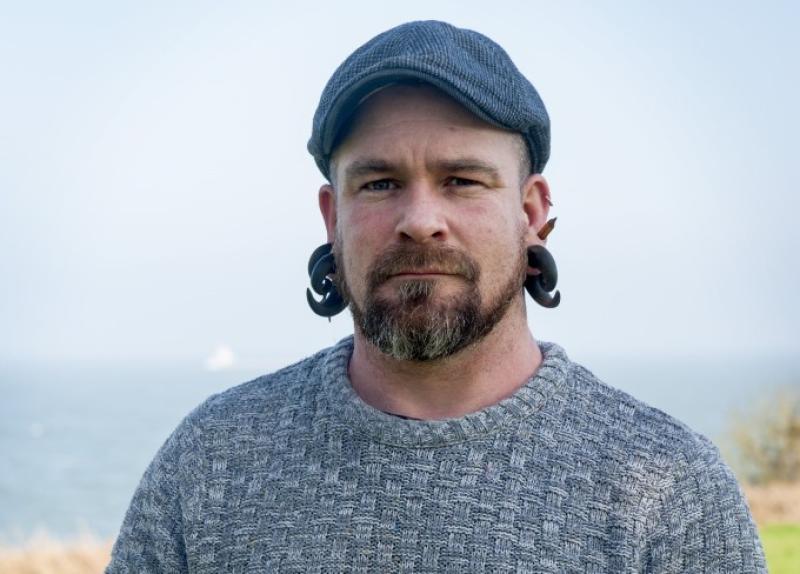 Pure Food is the epitome of food the Waterford way. It was originally set up by friends Cian Hawes and Paul Power as a way of utilising the amazing food that was sprouting from Waterford’s fertile soils right before their eyes.

They were volunteering as horticulturists at Ballybeg Greens, teaching people how to grow their own fruit and veg, when the idea for Pure Food struck.

“We were growing the best of food and then dumping it after a few months before the new batch of students would arrive,” Cian said. “So we decided to get our own allotments and start growing our own food.”

Cian then went a step further and joined a ‘Start your own Food Business” course with Skillnet.

“Our initial intention was to grow fruit and veg and try to sell that but we quickly learned that we wouldn’t be able to compete with the big boys on that front,” Cian said. “So we started using the fruit and veg that we had to turn it into a product of our own.”

They started off with chutneys and jams, which they would then sell at the Butlerstown Farmer’s Market.

“I had a load of spinach and basil growing so I made a pesto as well,” Cian said. “It flew off the shelf so I said ‘lovely stuff’ we’ll do a few more of them!”

Based in Dunhill, next door to the Middle Eastern food heroes Mezze, Pure Food is another in a long line of young stars of the local food industry.

“We work closely with other food producers who face the same challenges and struggles as we do,” Cian said. “We share information, tips, ideas and whatever else we feel we can do to help one another. I would definitely consider that cooperation and collaboration to be food the Waterford Way.”

Presently, you can find Pure Food at the Ardmore Farmer’s Market every Sunday and all the food festivals. Their products can also be found in Ardkeen Quality Foodstores and over 45 Super Valus and 24 Dunnes Stores throughout Ireland.

“Promoting healthy food,” Cian said. “I sell my food at all the markets and festivals and you so much burgers, chips, sausages etc, but I like to do something different. My salads, and pestos are clean, with no additives or preservatives, no sugar, low in salt – the way it should be.”

What do you think of the food industry at the moment?

“It’s actually going in the right direction,” Cian said. “The Irish public are open to new things right now. I mean, ten years ago I could never lasted with a pesto company but they’re definitely beginning to broaden their horizons when it comes to food, which is great to see. There has been an epidemic of rubbish eating and I’m trying to change that a little bit.”

What’s next for Pure Food?

Cian is also in talks with a major retailer to produce an exclusive line of product for them, and he is also hoping to bring a pop-up restaurant to an eatery near you in the near future.