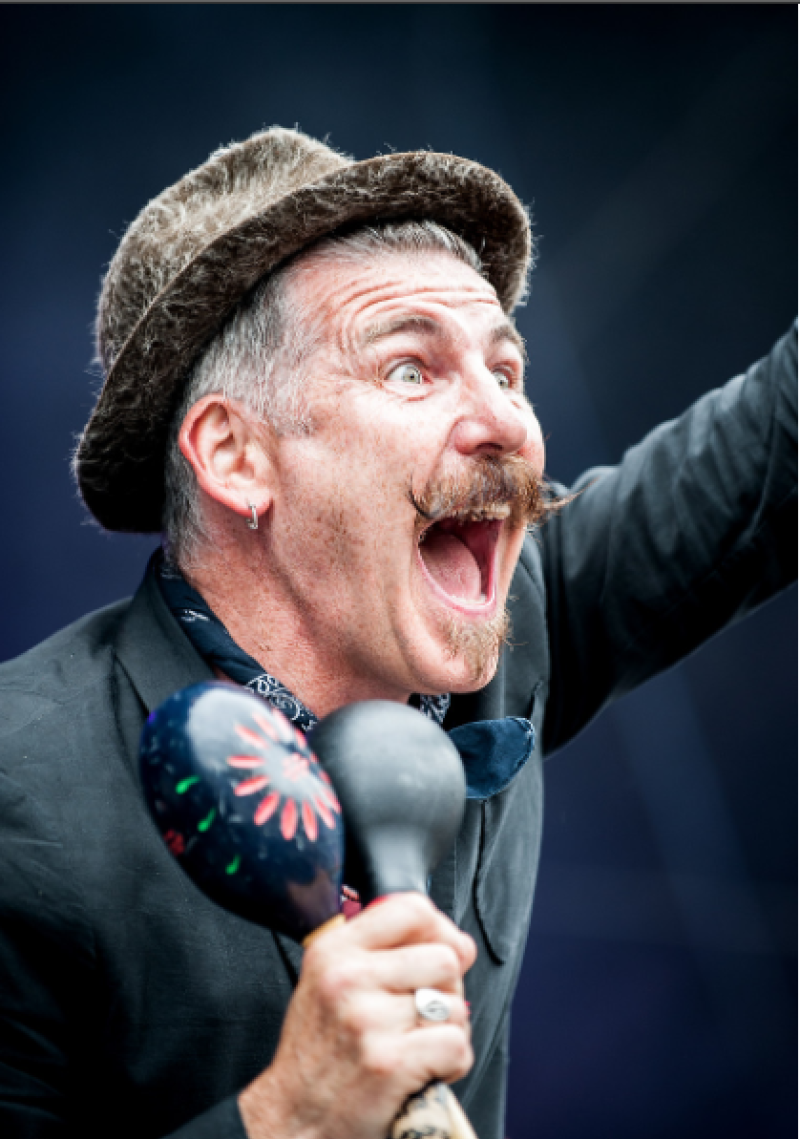 Summer in the City returns on Saturday, August 11 after taking a break during this weekend's Sparoi festival.

Summer in the City will return with the fantastic Jerry Fish headlining The Churchyard Sessions on Bailey’s New Street.

Saturday’s (August 11) ArtBeat gig is with two more great acts, Oh Bryan and Lowli. Waterford is being treated to another great Saturday of music and family fun in the open air surrounded by the historic French Church.

Jerry Fish is a true superstar of Irish music. His swaggering vocal has been described as Tom Waits in a good mood, or Leonard Cohen doing Dean Martin. Smiles come aplenty and witty lyrics abound, but with songs this well-crafted they deserve more than a casual listen.

Throughout the 1990’s Jerry was the main creative force and front-man of An Emotional Fish, touring the globe and giving us the alt rock anthem ‘Celebrate’.

Once he left the constraints of the four-piece rock however, he found a whole universe of music suddenly become a tangible and touchable prospect: New Orleans funk, Noir Soundtracks, Punk Latino, all manner of Odd Mondo Scenes and Broken Mambo Jive. His widely adored upbeat music includes the hit ‘True Friends’ and two platinum selling albums ‘Be Yourself’ and ‘The Beautiful Untrue’.

Jerry is a consummate showman, and his Electric Circus is a highlight of Electric Picnic each year.

ArtBeat co-headliners for this session are Oh Bryan - an alt-rock outfit based in Dublin - and Lowli, the pseudonym of Roisín Lowry, an artist with a distinctive and alternative sound of haunting vocal melodies and enthralling lyrics surrounded by dark, orchestral instrumentation.

Part of the Summer in the City Festival, ArtBeat is a free, summer-long outdoor music festival that runs every Saturday afternoon in the beautiful setting of Bailey's New Street in the heart of Waterford's Viking Triangle.

It is programmed by Central Arts with an eclectic range of emerging Irish talent and supported by Waterford Council, Arts Council Ireland and Waterford Viking Triangle. ArtBeat is followed by The Churchyard Sessions which runs till late and is in association with The Reg Waterford and The Munster Bar.