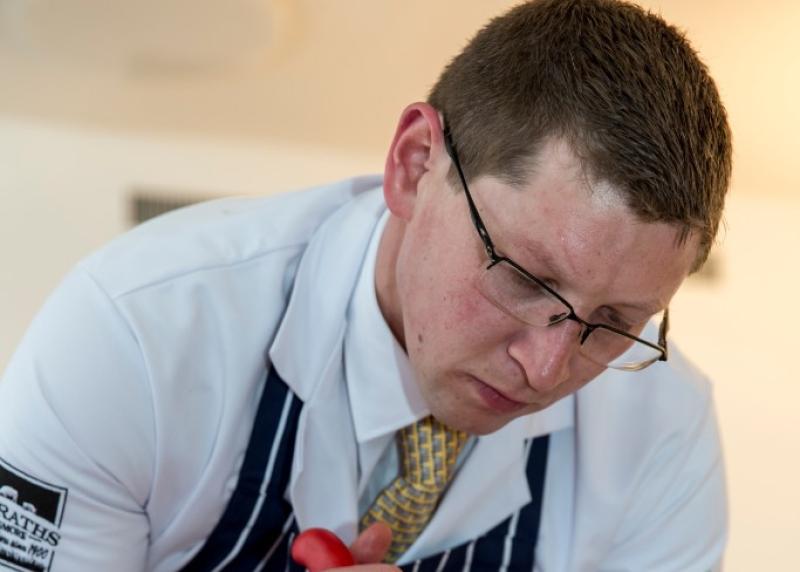 In the words of John McGrath - son of Michael - of McGrath’s Butchers “the family butchers came to Lismore in the 1890s…so we’re not here that long”. Before that, the family were in Cappoquin, in a butchers that traded until the late 1920s - that’s a long and proud history of McGrath’s Butchers, a name which, unsurprisingly is synonymous with quality food and quality service.

They also producing food the Waterford Way, which is the name of new initiative funded by Waterford City & County Council to highlight all the great local food and producers we have in Waterford. Those behind the initiative want to share some of their stories and let people know how they can support local and have some great food and drink experiences, with some of the finest and oldest family businesses in the county.

In fact, John tells us that the McGraths have been doing food the Waterford Way for well over 400 years.

“We can trace the family trade right back to the 1600s - in the Nire area - which is where we would have come from originally,” John McGrath said.

“There probably isn’t too many family businesses around that can say that.”

McGrath’s are famous for a lot of things, but their beef, which they rear themselves on their own farm just outside of Lismore - is legendary. They even have their own abattoir at the back of the shop, where the animals are processed humanely and with consideration and care.

With the power of a family dynasty behind them, the McGraths are meat experts. Their Angus beef, for instance, gets at least 28 days to tenderise and develop that intense flavourthat we all know and love. As John says himself, “It’s better because it’s made with love and attention”.

McGrath’s Butchers hasn’t actually changed much down the years and you can still see the original meat racks and hooks behind the counter where meat was hung long before the introduction of refrigerators. A visit to McGraths will present you with traditional cuts of beef like 'housewive's choice', brisket, rolled rib and topside, palest pink new season lamb shoulder chops and other joints, plump, farm fresh chickens, home cured bacon and a favourite for many - ox tongues!

McGraths are a gift to the people of West Waterford and they supply a number of nationally famous restaurants such as The Cliff in Ardmore and The Tannery in Dungarvan. You know what they say - the best only buy from the best.

Speaking about his motivations in business, John said, "Being a butcher was bred into me, and part of what inspires me is keeping the tradition going."

“But not only that, I want to evolve the business as well. I did some butcher demonstrations for Bird Bia in Switzerland and Germany recently and saw how the likes of ABP are really trying to push dry aged beef, but sure we’ve been doing that for years."

"Products that are called innovative today, we’ve been doing since we started, such as beef drippings etc. We’ve been doing that stuff for years but I love the idea of bringing it forward and showing more and more people how special Irish meat is.”

Speaking about the landscape of the food industry in 2018, he added, "From a retail point of view, it’s challenging,” John said. “It’s people’s perception of value, rather than what is actual value that’s the problem."

"For example I saw spring legs of lamb on special offer in one of the national papers - 33% off I think - it was €12 a kilo, down from €18 a kilo. They wouldn’t have the same flavour as our lambs would have yet we were selling ours for €11 a kilo."

"All people saw was the 33% off and assumed that this was great. They were guided by marketing instead of looking into it a bit more, ideally in their local butchers.”