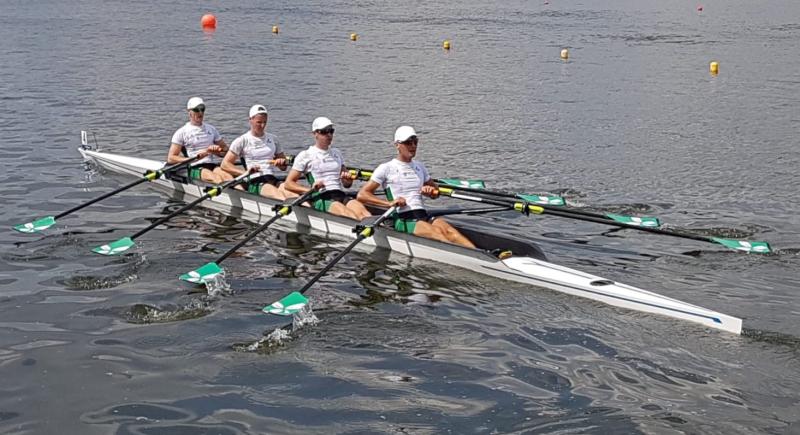 Day 2 of the World Rowing Under 23 Championships delivered exceptional results for Irish crews, and Waterford were represented with Andrew Goff on board a winning boat.

The Waterford Boat Club man was the oarsman for the Irish lightweight men’s quad that won their repechage easily to qualify directly for the A final.

They had originally placed in their heat on Wednesday but upped their game for the repechage win as they gear up for the final.

UCD student Goff led the charge in the stroke seat as the team battled with Spain until the half way mark before pushing ahead to win by several lengths.

The crew which included Ryan Ballentin (ERBC/ Newcastle), Niall Beggan (Commercial / DIT) and Miles Taylor (QUBBC) will breathe a sigh of relief on qualifying for the final which gives them a chance of a medal, after winning bronze in the event last year with Goff and Beggan on board.