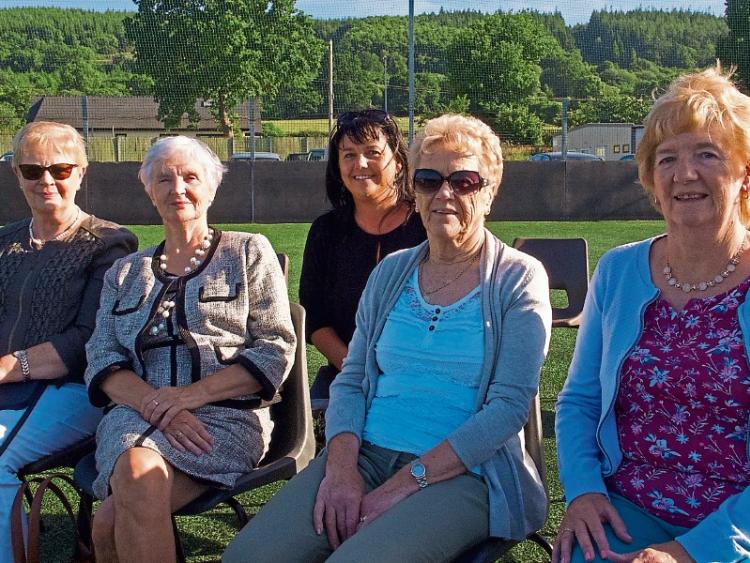 Waterford football club Carrick United is marking 50 proud years of achievement on the playing field and in the community, and a competition to select its top team of players over the past half century is one of the ways it's celebrating.

The club is also marking the special anniversary with further development of its playing grounds, Tom Drohan Park, on the Coolnamuck Road including the construction of a new covered spectator stand and development of a third grass pitch.

The club has formed a committee to select the top Carrick United team of of the past half century. Pubs and businesses around Carrick-on-Suir are being invited to submit their top Carrick United squad over the past 50 years and the entry closest to that chosen by the committee will win the competition.

"There is great anticipation and huge interest in the team of the past 50 years and it will, no doubt, cause a lot of controversy," said club chairman PJ Torpey.

Current and past players selected for the Carrick United team of best players will be announced and honoured at the club's 50th anniversary dinner dance in the Carraig Hotel on September 8. Members of the 2008 FAI Junior Cup winning team will also be honoured at the social.

Carrick United kicked off its 50th anniversary last month with a mass for deceased members at Tom Drohan Park. The ceremony celebrated by Carrickbeg and Windgap PP Fr Tom Flynn was attended by about 70 members, relatives and friends of deceased members on a beautiful summer evening.

In his homily Fr Flynn said the people of Carrick-on-Suir owed Carrick United so much for what the club has done for them over the years. He recalled when taking up an appointment one time, the outgoing priest advised him to leave the parish in a better place when it's time for you to leave. "The people involved in Carrick United have certainly done that over the past 50 years," he declared.

Since its humble beginnings in the late 1960s, Carrick United has grown to become one of the biggest soccer clubs in the region boasting an estimated 900 members including up to 600 schoolboys and girls from Carrick. The club ran a summer camp for its underage members this month, and will host a player of the year awards ceremony and barbecue for them on August 3.

The club is run by a dedicated team of volunteers divided into committees covering management, fundraising, playing teams and the grounds development. The club was recently awarded the FAI Club Mark for its high standard of governance, management and administration. It is only the second Waterford Junior club to receive this award, which comes 10 months after receiving a Special Merit award at the FAI Club of the Year Awards.

The hard work put in by the club's volunteers is reaping dividends on the playing field and off the field.  In the past year, the club's Premier team won the Waterford and District League for the 12th time in 20 years, the First Division team won the Sheridan Cup and reached the quarter-final of the Munster Junior Cup and several schoolboys teams reached cup finals.

As Carrick United's teams take a break before the new season starts in the autumn, work is continuing to progress on the latest club grounds project. Tipperary County Council granted final planning permission at the end of June for the new spectator stand for the club's main pitch, which will accommodate about 220 people. Permission was also granted for the new pitch. Both developments will cost an estimated €70,000. Development Committee treasurer Richard Friend said the club is in the closing stages of buying two acres of land from the County Council on the river side of Tom Drohan Park for this pitch. The club hopes to have the spectator stand in place by the end of September with the new pitch ready next year.

The club's also put a lot of work into nurturing players well-being. It has promoted anti-drug and alcohol abuse policies for the past 15 years and last year launched its 'United Against Suicide' mental health awareness campaign that has included banners, signs, information stands, mental health awareness talks and courses. The jerseys of all the club's teams display the United Against Suicide slogan and Pieta House centre logo.

PJ Torpey said Carrick United has come a long way in 50 years and they are very proud of what has been achieved. "It's a completely different club now to when it was founded. In 1968 they never imagined what the club could achieve. They just wanted to play a game of soccer," he added.