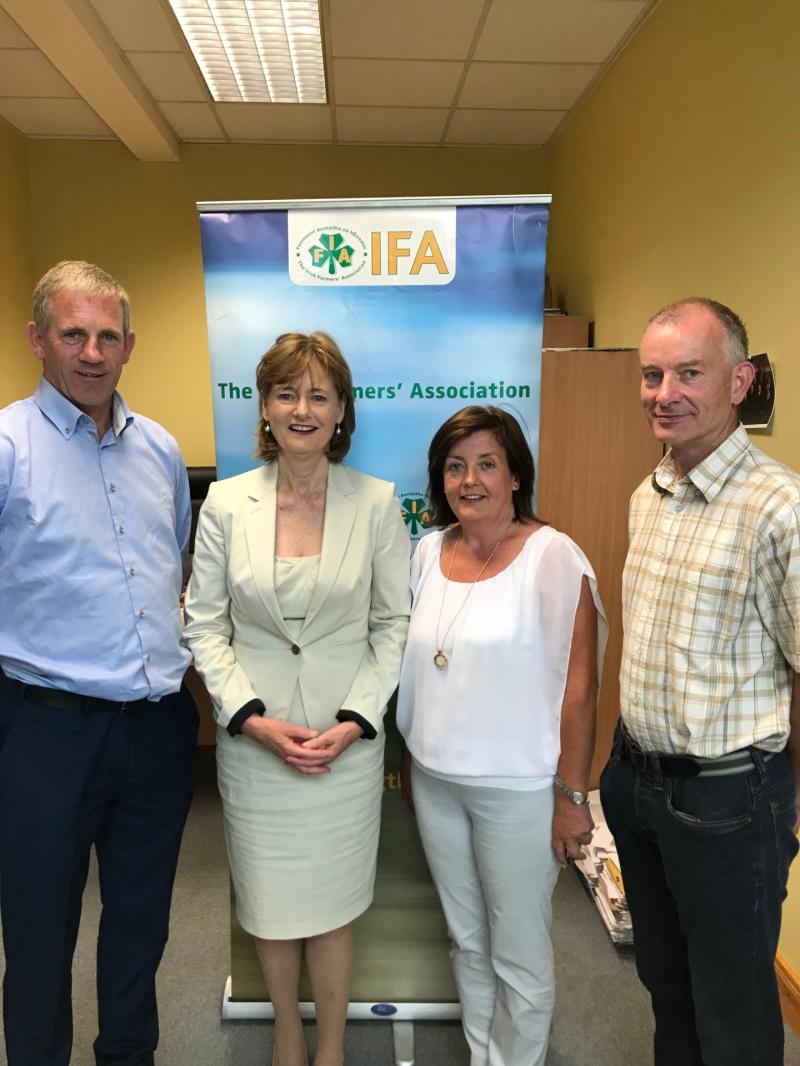 Waterford farmers are among 97,000 across Ireland who are receiving their share of a €13.2 million payment, the Minister for Agriculture, Food and the Marine Michael Creed TD has announced.

The money was deducted from their 2016 Basic Payment Scheme (BPS) payments under the Financial Discipline rule and is now being reimbursed in line with the EU regulations.

Ireland South MEP Deirdre Clune, who represents Waterford in the European Parliament, has welcomed the payments being refunded to farmers across the county.

“In total across Ireland these payments will bring the total paid to Irish farmers under the 2017 Basic Payment Scheme to €1.19 billion,” she says.

Meanwhile, at a meeting with representatives of the IFA recently, Clune said it was essential for the CAP budget to be protected in ongoing negotiations in Brussels. “In order to protect farm incomes and keep rural areas alive, it is critical that direct payments to farmers are preserved. The CAP brings €1.5 billion each year in EU funds to rural Ireland. Agriculture and the food sector is Ireland's largest indigenous industry and supports 300,000 jobs and contributes €26 billion in turnover to the Irish economy.

“It is a positive to see the recent announcement signalling the support of the German Ministry for Agriculture for the maintenance of the CAP budget. Minister Creed also said that he has been working with ministerial colleagues for months now across the EU in an attempt to build consensus amongst Member States for the importance of securing the CAP budget," she added.

This week, Council of Agriculture ministers discussed the post CAP 2020 proposals in more detail, specifically in the areas of subsidiarity and simplification.

Minister Creed also called for the Commission to have an open mind in terms of making financial support available to drought affected countries, making reference to the difficulties faced in Ireland in recent weeks.