Work is ongoing on the ‘WIT to City Centre Green Route’ 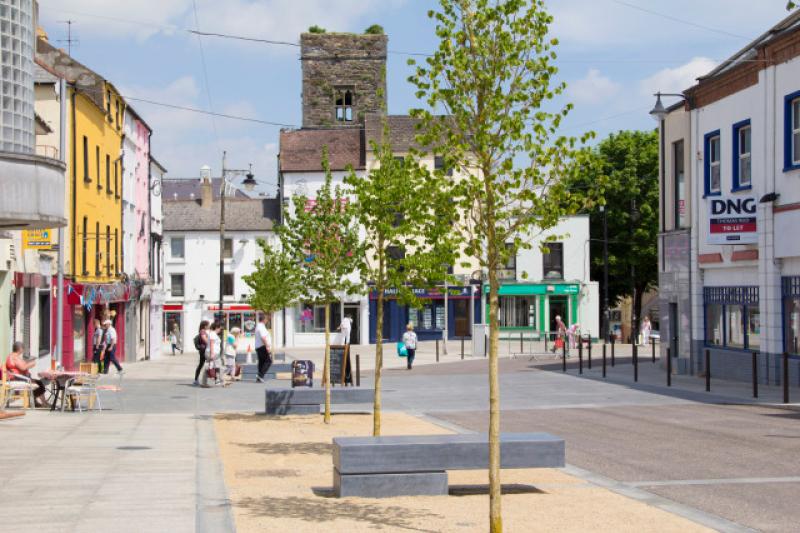 Waterford City & County Council has provided an update on the ongoing renewal works in the city as part of the Urban Renewal Scheme aimed at improving the functionality and appearance of city centre.

The Council has said that "work is nearing completion on the second of four phases" of the project which has been funded by the European Regional Development Fund under the Southern and Eastern Regional Operational Programme and from Waterford City and County Council’s own resources.

The current phase of completed work includes over 10,000m2 of high quality redesigned streetscape in Waterford City Centre together with associated upgrades to paving, drainage, ducting, public lighting, site features and traffic management. The works have focused around Arundel Square, Lady Lane, Michael Street and John Street; including a new award winning canopy structure in the Apple Market providing a multi-functional community space that has already hosted a wide range of events and festivals.

The Council has welcomed the new traffic management scheme has been put in place within the City Centre that includes an automated bollard system to manage traffic movement and enhanced pedestrianisation.

"The bollards will restrict through traffic in certain key locations at peak pedestrian usage times, to enhancing the environment for pedestrians and cyclists.  It will however maintain access for buses, taxis and residents where it has been identified as necessary," they said.

In an exciting development, works are also ongoing on the ‘WIT to City Centre Green Route’ funded by the National Transport Authority, in tandem with the Urban Renewal Scheme.

The Railway Square/Poleberry Link Road and one-way system on Manor Street opened earlier this year, improving traffic movement in and out of the city as well as enhanced pedestrian and cycling facilities. The next phase of this Green Route, Railway Square to Colbeck Street, is also being progressed this year.

The council said that "these coordinated works enhance the presentation and operation of Waterford City for the local community and visitors, as well as opening up additional opportunities for further investment in the City in the future."