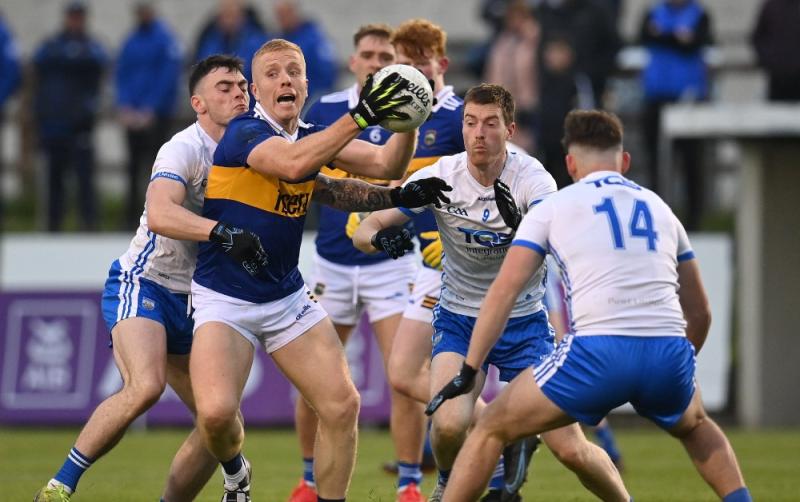 Tipperary footballers are through to a Munster semi-final after a 2-13 to 1-8 victory over Waterford at Fraher Field, Dungarvan, this evening.

After going in at the break leading by 1-8 to 1-2, Tipperary, with the exception of a few minutes after the restart, had much the better of the second period.

That second goal was the highlight of the game, scored by the returning Steven O’Brien. Having come on in the 43rd minute, the towering midfielder took a pass under the stand about 50 metres from goal and cut through on a solo run before blasting home to put Tipp 2-9 to 1-5 in the clear.

Tipperary had started slowly and found themselves 1-1 to 0-0 in arrears after just four and a half minutes. After Dermot Ryan had kicked them ahead in the third minute, the home side were awarded a penalty when James Walsh was fouled at the end of a promising move. Up stepped Jason Curry with an excellently struck spot kick and Waterford were four points up and ready to give visitors a run for their money.

It took Tipp until the seventh minute to get on the scoreboard, a fine point from 35 metres out by Jack Kennedy. Two frees from Conor Sweeney followed, Tipp putting excellent pressure on the Waterford kick-outs with Conal Kennedy fielding superbly.

In the 11th minute Waterford replied with a Jason Curry free which turned out to be their last score of the opening half.

Slowly Tipperary began to assert themselves and a super point by corner-forward Sean O’Connor had it back to a one point game after 15 minutes. 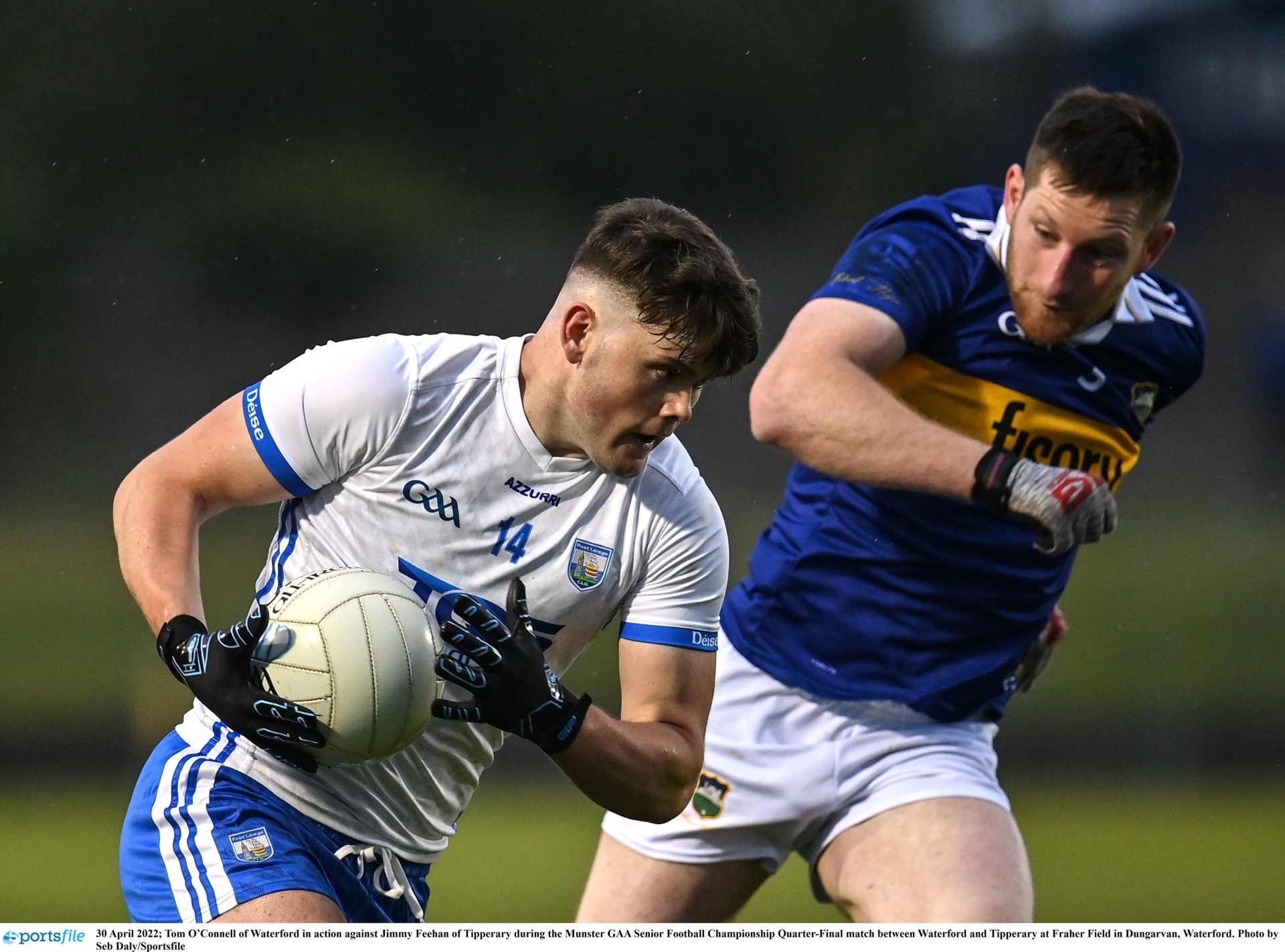 The game’s second penalty came the way of Tipperary in the 26th minute. A counter attack saw Colm O’Shaughnessy feed Sean O’Connor with a delicate pass into space and when the Commercials man was fouled by Michael Kiely, up stepped Sweeney with a trademark penalty sending Paudie Hunt the wrong way.

With the pressure somewhat off the visitors, debutant Mikey O’Shea added two points within two minutes to stretch the lead, the second briefly a goal chance but the Mullinahone clubman wisely opted for the safer flag to make it to make 1-7 to 1-2 after 31 minutes.

The final score of the first half was another free by Conor Sweeney won by wing-back Jack Harney.

Tipp led on a scoreline of 1-8 to 1-2 at half-time and were well on their way to a Munster semi-final.