REVEALED: Waterford's ranking in the most disliked GAA counties poll 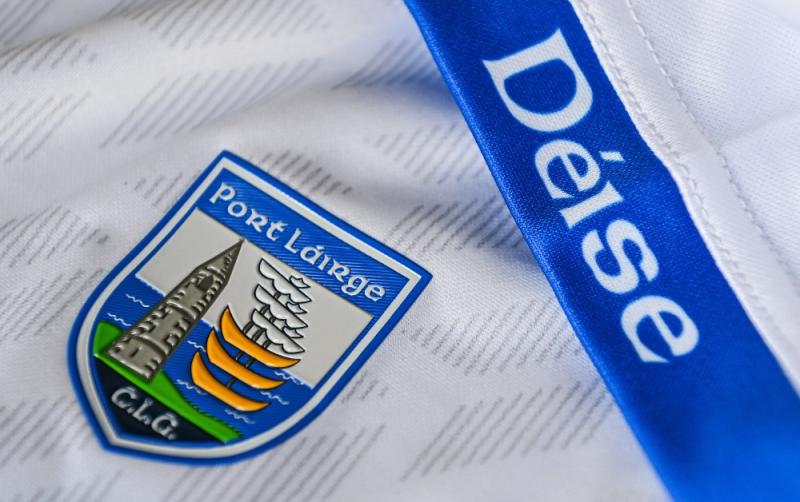 REVEALED: Waterford's ranking in the most disliked GAA counties poll

In a survey of 1,126 GAA fans across all 32 counties conducted via pollsters Bounce Insights, they got a clear picture of who each county considers their nemesis ahead of the big throw-in.

Waterford ranked 26th in the poll with only 7 votes (0.70%) while Dublin topped the list with close to 30% of GAA fans polled deeming them the county they dislike the most. In addition, The Dubs led the vote in a whopping 15 counties comfortably winning the electoral vote as well as the popular.

While their roar has softened of late, it would appear that the scars of Kilkenny’s 5-in-a-row chasing invincibles remain in hurling country with The Cats polling just under 8% and topping the ballot in 4 counties. Meanwhile, footballing aristocrats Kerry came third, attracting just shy of 7% of the vote largely due to their rivalry with two of Ireland’s most populous counties, Cork and Dublin, where all but 7 of votes for the Kingdom came from.

It would appear as though the romance surrounding the curse and near misses has done little to generate empathy for long-suffering Mayo (6%) who came 4th in the poll while All-Ireland Football champions Tyrone round off the top 5 with just over 5.5% choosing the Red Hand as the county they dislike the most.

Interestingly, Limerick’s dominance of hurling in recent years has yet to see them generate the type of resentment reserved for top teams with only 16 individuals choosing the Treaty as the team they despise.

On the flip side, Sligo are the team with the least amount of detractors among GAA fans with only one person (From Derry) out of 1,126 casting the Yeats County as the villains. Leitrim and Longford can also consider themselves as lesser hated counties having only received 2 votes.

Rachael Kane, spokesperson for Paddy Power, said “It would appear as though the 6-in-a-row chasing Dubs won plenty of admirers but few friends with our poll revealing that the Culchie/Dublin divide remains strong within the GAA. Success clearly breeds contempt, but that doesn’t explain why Mayo are in the top 5 despite not having won an All-Ireland since 1951.” 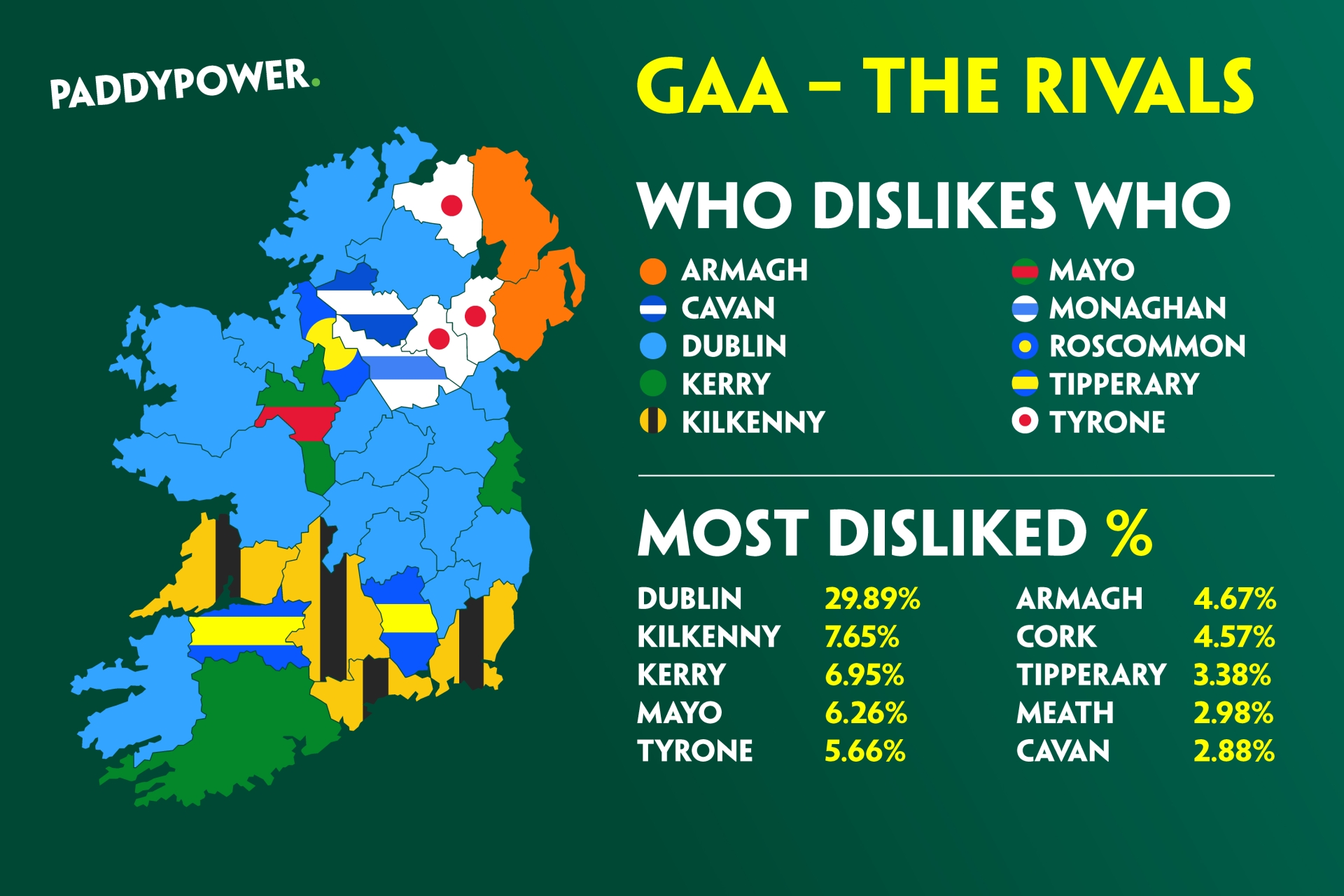