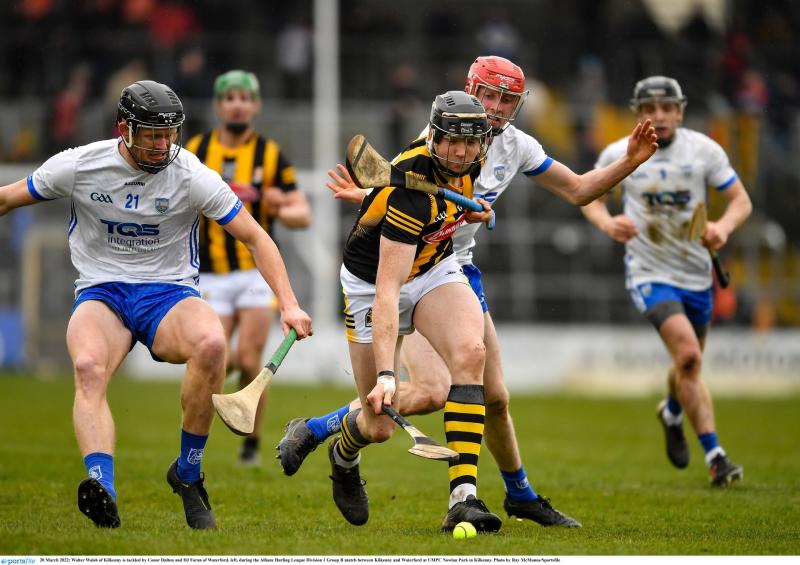 Waterford sealed their place in the Division 1 Allianz National Hurling league semi-finals despite defeat to neighbours Kilkenny in their final regulation game in the campaing.

Kilkenny also made the last four after they ran out impressive six-point winners in UPMC Nowlan Park.

The Cats needed at least a draw to advance while Waterford were already assured of a spot in the semi-final lineout after going undefeated in Division 1B until today.

Waterford made a fast start and were 0-8 to 0-4 up at the end of the first quarter but Kilkenny showed enough class to come through.

Waterford's early lead arrived before Padraig Walsh then scored three quickfire points to get Kilkenny within a point of the Deise.

Cillian Buckley then netted the hosts opening goal on the back of good work by Walsh and David Blanchfield as Kilkenny took teh lead.

Brian Cody's side then led 1-10 to 0-11 at the change of ends and they coninued to make the running at the start of the second half.

Padraig Walsh was influential once more as he assisted Billy Ryan for the second Kilkenny goal and they maintained that lead until the end.

Austin Gleeson and Dessie Hutchinson kickstarted a Waterford rally but the sending off to DJ Foran soon stalled their momentum as Kilkenny saw out a result that sets up a league semi-final with Cork next weekend.