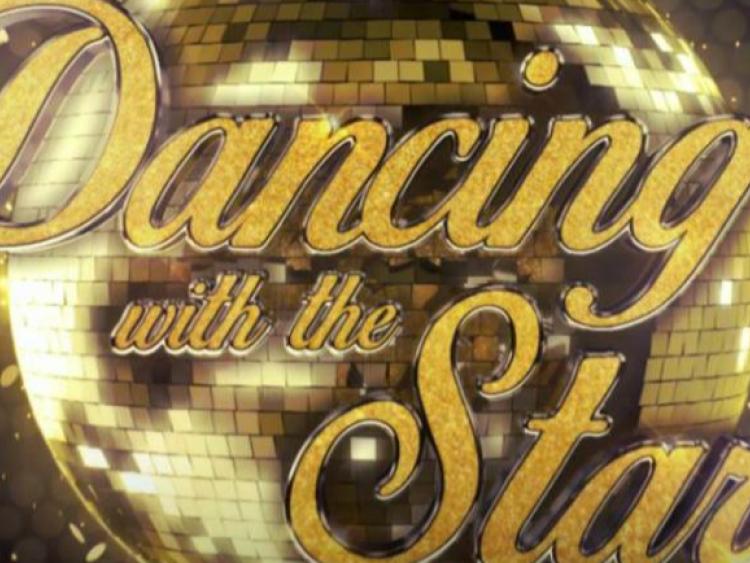 Father Ray eliminated from Dancing With The Stars

Fr. Ray Kelly has left Dancing with the Stars, after reaching the quarter final of the series.

He and his dance partner Kylee Vincent found themselves in the bottom two tonight and after a dance off were chosen by the judges to leave the competition.

An emotional Fr. Ray said: “I'm really emotional. It was marvelous. It was one of the best journeys of my life. It's been one of those journeys that I will treasure for the rest of my life. Kylee is an absolute saint, an amazing lady. She brought me a long way in dancing and I hope we remain friends."

After Fr. Ray danced earlier in the show, Brian Redmond joked “Mrs Doyle was telling you to go on, go on, go on and I wish you would have went ages ago! Loraine said he tried every week and 'God loves a trier' while Darren felt he 'entertained the nation week after week.' Fr Ray scored 15 points tonight from the judges for his individual dance.

Our show for the quarter final was all about television themes and of course the celebrity dancers had the added challenge of the dance marathon tonight. The show opened in spectacular fashion as the pro dancers danced the foxtrot to a slower version of ‘I’ll Be There For You’, the iconic theme tune from Friends.  Naturally, a couch reminiscent of ‘Central Perk’ formed part of the routine.

Model Gráinne Gallanagh and her pro partner Kai Widdrington were ready to bounce back from last week’s dance off as they danced a samba this week.  She began by spinning around to reveal herself as Wonder Woman as they began dancing to the theme of the show. After their performance Gráinne said: “Amazing that I’m wonder woman on International Women’s day. I was terrified, my hands are still shaking this week I struggled and I’m glad it’s done. My confidence was knocked a bit.”

Brian said: “If I’m totally truthful about it, your Samba lacked bounce, hope you conserved energy for the marathon dance later, I think you need that bonus points.”

Loraine said: “This is the way to open the show on International Women’s day! You definitely got into character there and you didn’t leave anything out. For me, it was little bit missing in timing. But still a great start.”

Darren said: “The content of the routine was full samba, but I had a feeling you didn’t really enjoy it, you needed to channel your inner Beyonce. Take that Rhythm and fake it until you make it. You’re always a wonder to watch but it was missing a little bit of comic fun.”

Gráinne scored 22 from the judges.

Singer Fr. Ray Kelly and Kylee Vincent became Fr. Ted and Mrs Doyle as they danced the American Smooth this week.  They danced to ‘Songs of Love’ from Father Ted.  Kylee even had her own tea trolley. Fr. Ray’s own housekeeper Mrs. Coyle was supporting Ray in the audience for this week. Fr. Ray commented: “I’m having great fun and really enjoying it. Mrs Coyle (his housekeeper) is here tonight! My lovely horse is a great song. I never thought I would make it to the quarter final – it’s amazing.”

Brian said: “Mrs Doyle was telling you to Go on, Go on, Go on and I wish you would have went ages ago! I think this suited you a lot more, this is a much better performance than we have previously seen. The relationship between you two in blossoming and Kylee embraces your natural talent.”

Loraine said: “I think Kylee has accepted that things are going to go wrong. Kylee works to your strengths and creates camouflage. For me here you try every week and God loves a trier!”

Darren said: “Fr Ray, every week you have come out and entertained the nation – tales of the unexpected. Who would have thought 10 weeks ago we would have a priest dancing to Fr Ted on national TV? It wasn’t half bad American Smooth when it could have been an American nightmare!”

Fr. Ray scored 15 from the judges.

This week Fair City actor Ryan Andrews and Giulia Dotta danced a fun Charleston to The Muppets theme.  Speaking afterwards Ryan said: “I’m a big fan of the Muppets and Giulia did an incredible job. It was a really hard dance and we put everything into it and it really paid off. It was made all the worthwhile to get those comments.”

Brian said: “I would pay to watch that – all day long. For me that Charleston was beyond critic – it was perfect.”

Loraine said: “It went beyond the next level and it went beyond anything I’ve ever seen on Dancing with the Stars. I’m going to pay homage to the king and queen of Charleston!”

Darren said: “It was all about the detail, there wasn’t a beat not choreographed, not a step out of place. Giulia was the puppet master of that dance. You would have to be a Muppet nit to like that dance!”

Ryan scored 30 from the judges.

After a break, radio presenter Lottie Ryan and Pasquale La Rocca danced the paso doble to the Mission Impossible theme.  When they finished Lottie said: “Last week was very fun and flirty and this week it had to be very serious and passionate. I had to be a different character. Nobody wants to be in the dance off no matter how much you prepare yourself to be in the dance off you stomach turns upside down.”

Brian said: “Every week you bring so much energy, what you’ve shown tonight was refinement with your energy. You knew when to use it but also when to contain and control it. Very string paso, you’re getting very, very close to getting to the top.”

Loraine said: “We have another take on the Paso Doble. It was dark and shady. You were two secret agents but had each other’s backs. The daring moves were in there. The beginning you had this gorgeous movement of the arms. Overall, I felt it was a very demanding performance on the body and demanding a high score.”

Darren said: “It was a very technical paso doble. There was no self-destruct here. Delivered punch through every movement. Great characterization within a very contemporary piece of music.  For me, it wasn’t Mission Impossible – it was mission accomplished.”

Lottie scored 28 from the judges.

The final celebrity dancer tonight was former Kilkenny hurler Aidan Fogarty with his dance partner Emily Barker.  Their American Smooth was to the Top Cat theme, where Emily became an honorary cat, received the black and amber jersey. Afterwards Aidan said: “It was great to be a cat again representing the Kilkenny cats! I have had huge support form the Kilkenny players. Normally we’re taking lumps out of each other, but Jackie Tyrell and Michael Rice are hereto support me tonight.”

Brian said: “Beautiful frame and huge movement across the floor. When you’re in hold, you’re so sophisticated. Everything we dream of when we see ballroom. You could become one of the leaders of the pack!”

Loraine said: “For me you look so comfortable in dancing position. Your fluidity in close hold is unbelievable. Your open work was great, but I’d like a little more ballroom content. It wasn’t tip top, but cats have nine lives and I think you will live another day.”

Darren said: “Top Cat was one of my favourite shows and it was again tonight. Last week I said you were back in the game and tonight you’re back in the ballroom. The movement was beautiful and so, so easy to watch.”

Aidan scored 25 from the judges.

After the break and while the voting lines were open, it was time for the dance marathon.  All five celebrity dancers and their partners danced to ‘Rock ‘Til You Drop’ to the Happy Days theme tune.  The judges decided to ask Fr Ray and Kylee to leave the dance floor first, followed by Grainne and Kai, then Aidan and Emily were next to leave, leaving Lottie and Pasquale and Ryan and Giulia to fight it out. The judges decided the final dancers they wanted to see and win the marathon dance was Lottie and Pasquale.

Darren said: “This was the most hotly contested marathon we have ever seen. There was nothing between any of them – except for maybe Fr Ray! You all gave everything to that performance.”

Brian said: “It was very close, especially between the last two. We were just trying to pick between them.”

Lottie said: “It’s tough. Everybody did such a great job, especially after the individual dances, everyone had so much adrenaline.”

Nicky had a chat with the celebrities to see how they were all feeling after their latest challenge before giving everyone a 3-minute break! After that, the voting lines were closed.  We were delighted to have a guest act for the evening. We were joined in studio by the singers and dancers from the musical On Your Feet where they performed to a medley of Gloria Estefan’s music from the show.

After a chat with the judges, it was time for the results. Lottie and Pasquale and Fr. Ray and Kylee Vincent were left as the two dancers to battle it out for their place in the semi-final. After the dance off, the judges decided Lottie Ryan and Pasquale Larocca should go through to the semi-final, so it was time to say goodbye to Fr. Ray Kelly and his dance partner Kylee Vincent.

There will be even more exclusive Dancing with the Stars content to enjoy as RTÉ’s social channels cover all the backstage antics with the effervescent James Patrice at the helm.  For all the latest news and backstage gossip follow RTÉ One at www.facebook.com/rteone , www.instagram.com/rteone

RTÉjr Goes Dancing with the Stars is on Thursday nights at 6.30pm. This weekly entertainment show, presented by Darcey MacGabhann (12) and Darragh Malone (14) will feature interviews with the celebrities and pro dancers as well as news reports on backstage activity and fun features with production departments. Finally, kids get their backstage pass to join the Dancing with the Stars party!

In a new addition this year, James Patrice will bring you extra behind-the-scenes news in a brand-new weekly podcast. Including chats with stars, their professional partners and the judges, it will be available every Monday to keep the Dancing with the Stars buzz going after the main show has aired.

And finally Dancing with the Stars will be available to watch live on RTÉ Player with the opportunity to catch up on each individual dance.

Dancing with the Stars is produced by ShinAwiL for RTÉ.