Greg O'Shea posted a picture of a romantic meal in Paris...but not his actual dining companion

ROMANCE rumours surrounding Greg O’Shea have been confirmed – and it looks like the Corbally man has met his match in a fellow athlete.

The Irish 7s player has moved on after he called it quits with fellow Love Island winner Amber Gill in September after five weeks of dating.

Greg posted a picture of himself enjoying a romantic meal in Paris on Instagram last weekend, prompting speculation as to who was joining him on his fine dining night out.

Fans were quick to spot the set up in front of the Eiffel Tower in the post looked identical to that in a photo posted by athlete Emma Canning.

The social media platform was awash with rumours of Greg’s new romance with the Scottish model and heptathlete, who captioned her photo of the date: "Spending my weekend eating good food and making the best memories... So in love with this city."

A source confirmed to the MailOnline that 22-year-old Emma and Greg are currently seeing each other and that she is exactly his type both on and off paper.

”Greg and Emma have been dating for a few weeks now,” the source said. 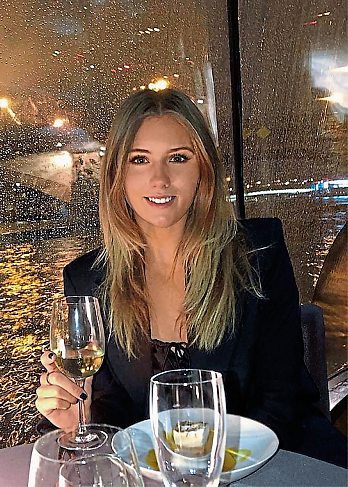 “He’s in Paris with Emma at the moment and they’ve been having a fun time exploring the city together.

“Emma is undeniably Greg’s type, she’s an athlete and model, absolutely gorgeous and prefers to be out of the spotlight.”

Emma, who, like Greg, holds a degree in law, has been living in Paris for the last little while.

She graduated from Srathclyde University but has been pursuing a career in sport, specialising in the high jump, long jump and 100-metre hurdles.

Emma has represented the UK in many competitions and won the 2015 England U20 Outdoor Heptathlon Championships.

Though yet to be confirmed by the couple, there is already speculation surrounding whether the long-distance relationship will last.

It was revealed that part of the reason the Limerick man and Amber split was that he was living in Dublin while she was pursuing her career in the UK.

This has led to fans questioning will history repeat itself as Greg trains in the capital with the Rugby 7s.

The team is currently in Dubai for the World Series, with trips to Australia, New Zealand, Canada, and Hong Kong lined up over the next few months.

Meanwhile, Greg’s former flame Amber Gill was in need of “a bit of spiritual positivity this Sunday,” as she revealed on her Instagram.

Could this be in response to Greg’s latest relationship revelation?