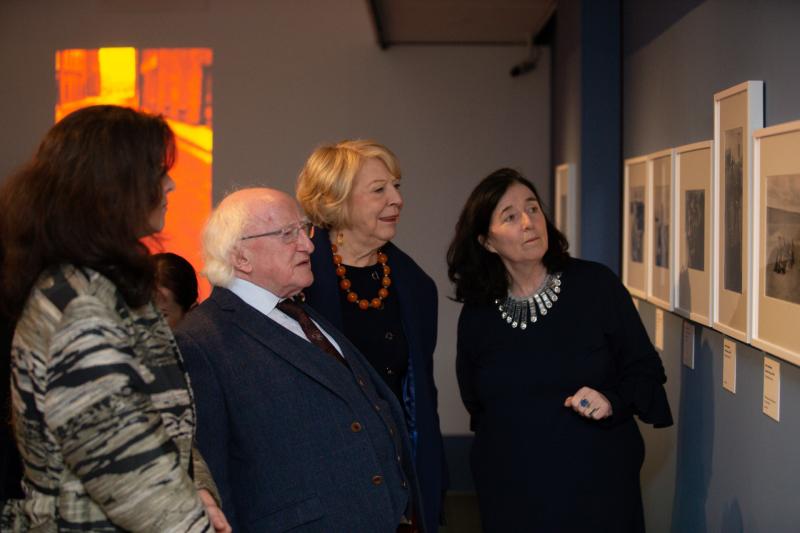 A major exhibition of important photographs, which were taken in Ireland in the 1950s, was launched last week at the National Museum of Ireland - Decorative Arts and History, Collins Barracks, Dublin.

Numerous images in the Ireland in Focus: Photographing Ireland in the 1950s exhibition were captured at various locations in Waterford.

The exhibition explores the way in which three photographers, from France and North America, saw and portrayed Ireland through the people they photographed and the places they visited, during what is generally regarded as one of the more challenging decades in 20th century Ireland.

50 images by Henri Cartier-Bresson, considered the most important photographer of the 20th century, circa 30 of which have never been exhibited previously. His photographs were shot in Dublin, Kildare, Westmeath, Galway, Kerry, Cork, Tipperary, Kilkenny, Waterford, and Wexford in 1952 and 1962.
20 images by renowned American photographer Dorothea Lange, taken in Dublin and County Clare in 1954.
30 by Robert Cresswell, the Paris-based American anthropologist, who spent over a year living in Kinvara, County Galway, in 1955 and 1956, with return visits in 1957 and 1958.
The photographs featured in the exhibition give a rare insight into everyday life in 1950s rural Ireland. Families working together shearing sheep and killing the pig, Corpus Christi processions, and punters at the racecourse are among the scenes depicted.

Ireland in Focus: Photographing Ireland in the 1950s runs until the end of April 2020. Admission is free. Visit the National Museum of Ireland's website for more information.