Waterford mother to look after family with Winning Streak haul 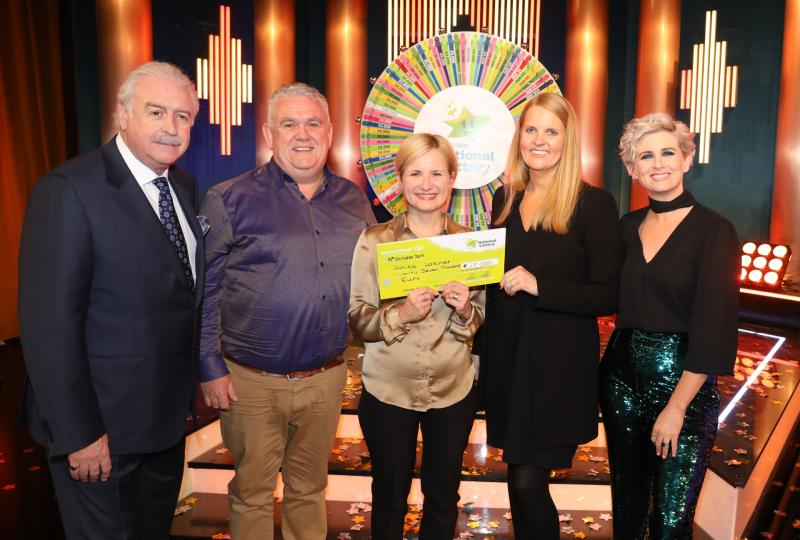 A Polish woman who has been living in Waterford for more than 15 years appeared on the National Lottery TV game show Winning Streak on Saturday.

Dungarvan's Anita Lakner was delighted with her total haul of €27,000 from the show. She spoke of how she was putting her youngest daughter Ellie (3) to bed two Saturday’s ago when her husband Robert let an unmerciful roar from downstairs. Anita ran downstairs where Robert was jumping around the living room shouting as Anita’s name had been pulled from the drum on Winning Streak to appear on the next show. Robert celebrated with a glass of wine while Anita needed a strong cup of tea to help settle her nerves.

The couple has been married for the past 11 years and they have two children - Ellie and Teá (13). Teá cheered her mum on from the audience along with a number of family friends and Robert’s family while Ellie was watching from home.

Anita and Robert spend a lot of time together, not just in the family home but outside too as Robert is Anita’s manager in Dungarvan Community Hospital.

In her spare time, Anita likes art and occasionally she will do a bit of painting to unwind. The past week has been such a blur for Anita that she hasn’t given a thought to what to do with winnings from the show. She said it’s a nice problem to have and will be sure to look after her family.