Gogglebox Ireland returns to Virgin Media One on Wednesday night 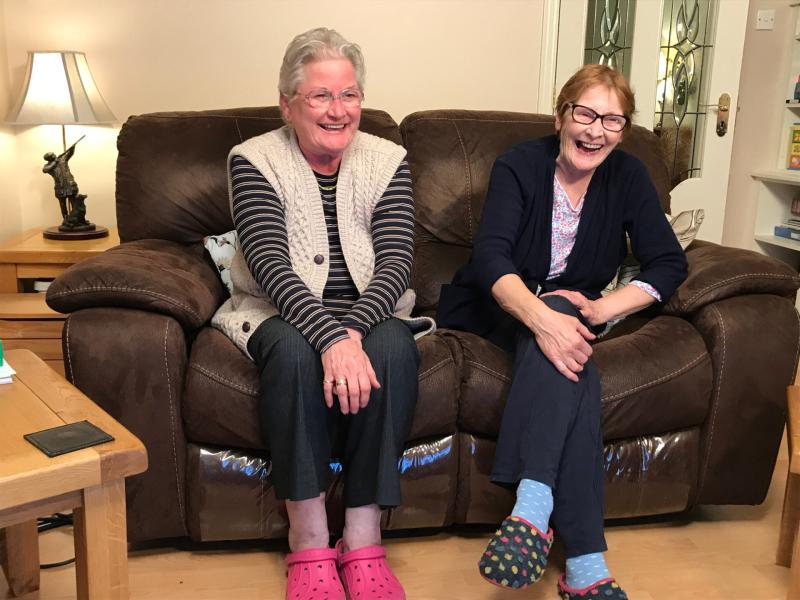 Gogglebox Ireland returns to Virgin Media One on Wednesday night

From Brexit to Bake-off, expect lots of laughs, strong opinions and the occasional tear as the nation’s favourite telly lovers make a welcome return to our screens to remind us of what’s been on the box over the last seven days.

In episode one, viewers will be taken to Donegal for the very first time as telly-loving sisters Barbara and Janet join the cast. When Barbara isn’t busy running her own B&B, she’s around in retired social worker Janet’s house for a cuppa and a few hours of watching whatever’s on the box.

Janet is driven demented by Barbara’s compulsive cleaning, but Barbara insists that she needs to keep things spick and span for her own guests, so Janet should do the same. Although it’s all quickly forgotten when there’s a bit of music on in their local, where the ladies aren’t shy about getting involved in a good session.

Barbara is an avid rugby fan. Admittedly it’s to get a good look at the players legs. Janet loves all things Irish on the telly and can’t resist a bit of Nationwide. Their ultimate night in is in front of a classic Hollywood flick.