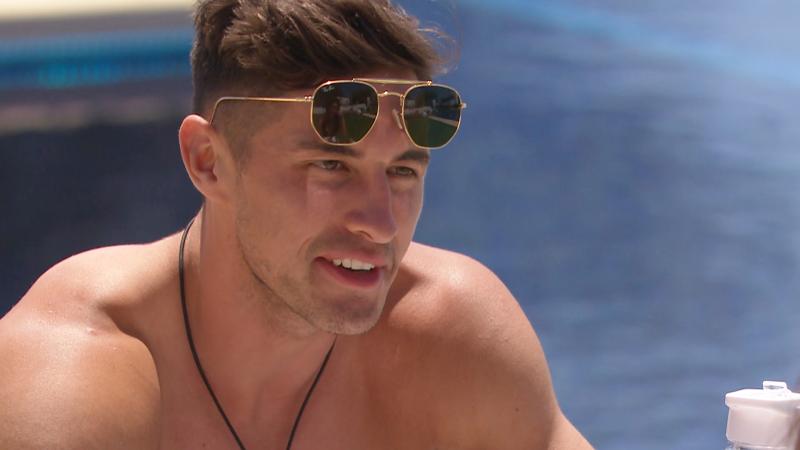 Greg O'Shea is playing the field in Love Island

NOT ALL is lost after Limerick’s sorrowful defeat this weekend in the hurling semi-final, as one Limerick man is in with a chance of earning another (yet very different) prestigious title.

Following two months of sizzling summer love, the hit series Love Island, which has had millions of viewers glued to their screens every evening, is finally coming to an end this evening.

The competition has been whittled down to four couples, including the 24-year-old Corbally rugby pro Greg O’Shea and his match Amber Gill.

However, just one of the couples will crowned the winners of Love Island 2019 and have the chance to bag the £50,000 cash prize during tonight’s live final.

Amber and Greg are competing with India and Ovie, Molly-Mae and Tommy, and Curtis and Maura, with the winners decided by UK public vote which closes at 8.45pm tonight.

Since entering the show a little over two weeks ago, Greg has certainly made a huge impression both inside and outside the villa, not only capturing the heart of Amber but also the hearts of millions of viewers with his mannerly Irish charm.

There were heartwarming scenes during last night’s show as the couple met each other's parents, with Greg’s mother presenting Amber with a special gift of a necklace.

“A little gift from Ireland,” said Greg’s mother, “a shamrock!”

Amber’s dad joked: “We’ve haven’t got you anything, so you can have my right flip-flop!”

Amber was touched by the gesture, and said: “She said ‘I’ve got you this little lucky Irish shamrock for being so lovely to my son’ I love that!”

As Amber and Greg’s families get ready to leave the villa, Amber’s dad said to Greg: “Well done Greg. You’ve made her smile again, for sure.”

Tonight’s show continues the heartfelt gestures, with each couple making their declarations to each other.

When it’s Amber and Greg’s turn, Greg reveals he has penned a poem for Amber.

Greg says: “I’m going to keep this short and sweet, just like when we first came to meet. Up in the Hideaway sheltered from the trouble, we instantly connected and formed our own little bubble…”

Amber says: “It would be fair to say that I’ve had quite a journey in the villa this summer. There have been so many highs and then some lows, but then along came Greg. Thank you for helping to build me back up. You’ve always been so sweet and lovely to me and you’ve managed to bring out my soft side…”

Irish viewers cannot cast their vote in the ITV show, but that hasn’t stopped Greg’s former club Shannon RFC encouraging those who can vote to root for the 7’s player.

Calling all UK based supporters - give Greg O’Shea and @AmberRoseGill your vote to win the @LoveIsland final! Vote closes tomorrow night! #LoveIsland pic.twitter.com/PO6R3iVgLv

The Love Island 2019 final will be aired tonight at 9pm on Virgin Two - best of luck Greg and Amber!