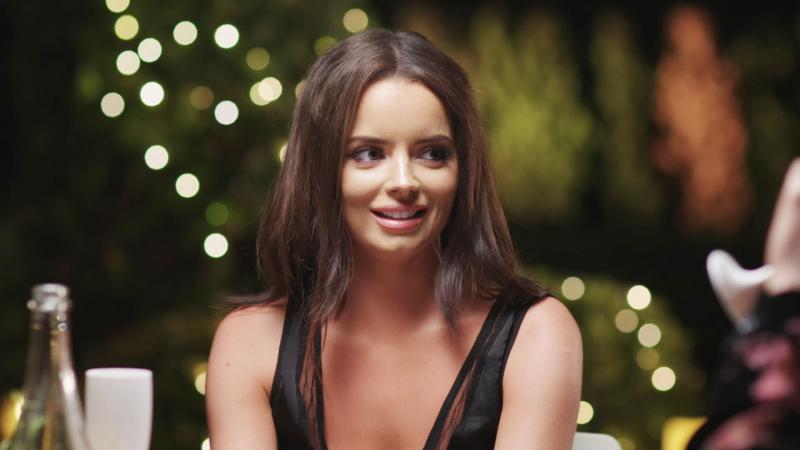 Viewers of Love Island tonight at 9pm on Virgin Media Two will see Longford model Maura Higgins win the ‘Gym Bunnies’ challenge and as her prize, she chooses to spend the night in the Hideaway with Tom.

While the rest of the villa is gripped by the love-triangle drama, Tom is keen to make a move on Maura.

As Maura speaks with the girls on the day beds, Tom asks Maura to the terrace.

Tom says to Maura “How are you feeling after the kissing challenge? What did I give you?”

Maura says “I think it was a seven. You’re going to say that I deserved higher. Obviously, I know that.”

Tom then makes a move on Maura and says “Well, rate this” as he leans in for a kiss.

Maura later reflects in the Beach Hut, she says “Not a lot of people shock me, but Tom has shocked me. I don’t want to be soppy but it was really good. I enjoyed it. He’s a really good kisser.”

That evening, after winning the ‘Gym Bunnies’ challenge, Maura is given the opportunity to spend the night in the Hideaway with a boy of her choice. She chooses Tom who is ecstatic at the thought of some alone time with Maura.

Maura gets ready for her night with Tom. However, Maura overhears Tom’s banter with the boys about their upcoming night in the Hideaway and she is not happy.

Will Maura still choose Tom to join her for some one-on-one time?