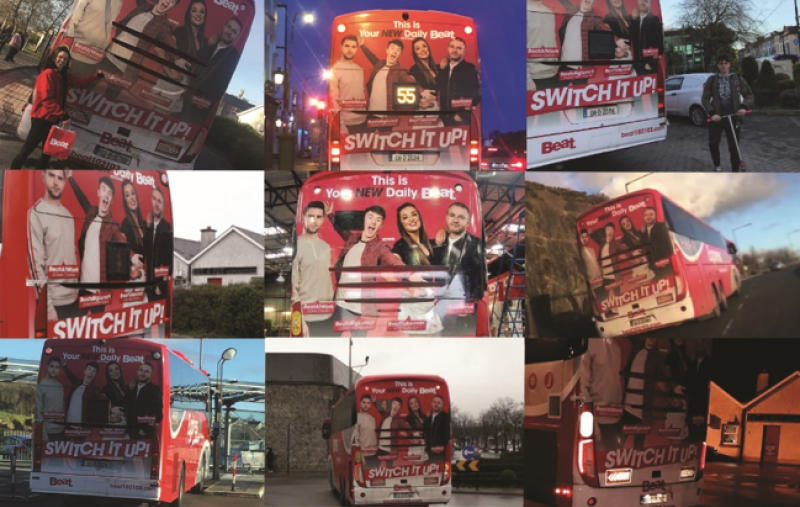 A Waterford mother is €1,000 the richer after winning Beat’s latest on-air competition.

Listeners were asked to snap and share a photo of the Switch It Up graphic with the hashtag #YourNewDailyBeat, which featured on the rear of two Bus Eireann Expressway coaches.

Beat Drive’s Darren Rice called an ecstatic Cliona Mackey from Lemybrien live on air on Friday afternoon to tell her that she had won the grand in cash.

Cliona, who spotted the bus just off the M9 as she and her husband drove towards Waterford city, informed Darren that she plans to splash the cash on a birthday weekend getaway with the family.

The competition swept the South East over the past two weeks to coincide with Beat’s brand-new daily line-up.

Commenting on the promotion, C.E.O. of Beat, Gabrielle Cummins, said: “We wanted to increase awareness on air, on social and on the street. The reaction has been really positive; we’re confident more people have been sampling Beat and like what they hear as we grow our audience further over the next twelve months.”