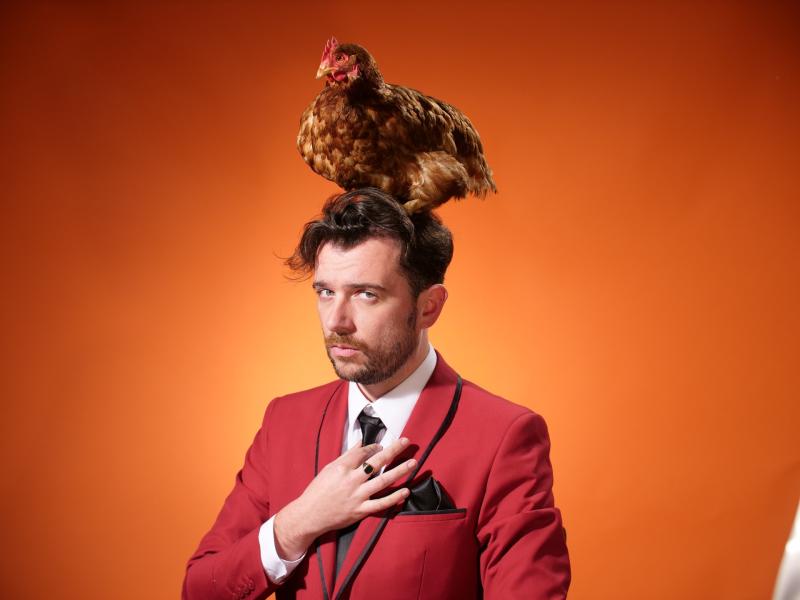 The star of RTE’s Republic of Telly premieres his brand-new stand-up comedy show ‘Solo Pollo’ tour at Central Arts in Waterford this Friday, January 18, before it embarks on a national tour.

Kevin talks tongue-in-cheek about his first year of marriage, dying with flatmates, avoiding getting shot in America, how to get away with drunk driving and how to survive a terrorist attack.

Known as the host of the Republic of Telly, Kevin McGahern’s America and Sim Card in RTE’s Hardy Bucks, Kevin’s laid-back, straight-faced delivery elevates the absurdity of his subject matter in his own entirely unique way.

As well as being a regular in the top Irish comedy clubs, in particular, the Laughter Lounge, he has performed in a number of festivals including the Vodafone Comedy Festival, Galway Comedy Carnival, Body and Soul, Electric Picnic, Forbidden Fruit and at the Edinburgh Fringe.

This show is the first of a new comedy programme announced by Central Arts for 2019 that includes a host of the country’s best comedy talent and also includes: Alison Spittle, Gearóid Farrelly, Farmer Michael and Kathleen, Chris Kent, Eleanor Tiernan and Joanne McNally.

Tickets priced €12 (plus booking fee) are available from www.centralarts.ie