'Spider-Man: Into the Spider-Verse is nothing short of a spectacular wild ride'

Waterford Movie Review: 'One of the best animated and comic book based movies I’ve ever seen' 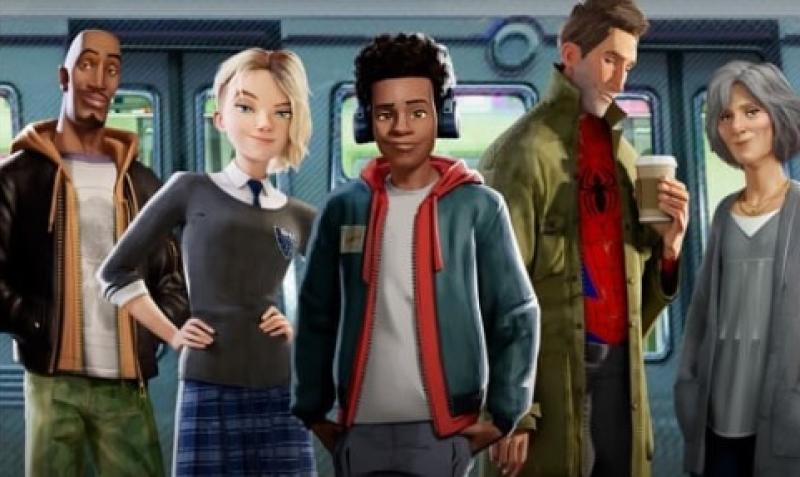 Spider-Man: Into the Spider-Verse is in Waterford cinemas now

SUPERHERO movies are all the norm these days.

We get at least three major blockbusters a year, merch is everywhere, announcements for the next 10 years planned and people are still loving it.

The age of the superhero is here and I would be lying if I said that I didn’t love it. So when way, way back (two years ago) Sony Pictures announced that they were to do ANOTHER Spider-Man movie, a character who is without a doubt my all time favourite in any form of media not just in the superhero world, I groaned in agony.

Yes, surprising I know. Why is this? Because Sony have not had the greatest track record when it comes to handling this character. Most people would know this just by looking at the wall crawlers big screen appearance having three reboots in the space of 10 years.

Did we need another Spider-Man?

Yes. Yes we did. Why? Because he was in an animated form and being looked after by people who cared.

When the first trailer dropped for Into the Spider-Verse, I watched in anticipation. My worries had been dampened slightly since I heard that it was going to be an animated movie rather than live action, however this is the same studio that created the infamous Emoji Movie. But from the first trailer, I knew we were in for a sweet treat. I just didn’t realise we were getting the entire sweet shop and the secret ingredient.

Spider-Man: Into the Spider-Verse is nothing short of a spectacular wild ride, with some of the most genuine funniest moments that will have you rolling in your chair laughing, mesmerized by the animation and stunning visuals effects, and make even the crankiest old soul shed a tear with the heart and soul poured into the writing and brought to life through voice acting.

Spider-Verse is an actual comic book brought to life

No, really, I’m serious. Pay attention to some parts of the movie and you can see the little comic book gradient dots appear at times, text boxes flying left and right, and the amount of bright exuberant colours which make you think you’re after falling into the 60s. There’s so much happening in each scene that it’s going to have to earn a bunch of rewatches to catch everything. And that’s never a bad thing. The animation style is a unique style choice too, mixing different styles and less frame rate which adds to the comic book effect.

The film is fantastically written, as if a four part comic book arc was ripped off the book and put neatly on screen, balancing the origin of not only all these new Spider-men and women but also focusing us on our main character, Miles Morales, the first black Spider-Man to debut on-screen, while also handling an intense, city saving adventure. The film has not only heart, soul but a great sense of humor, bringing the viewer along for the ride at a fun and natural pace, making sure you don’t get lost in the sheer absurdity of it all.

Shamiek Moore plays our main hero Miles, who is our eyes to this adventure. Jake Johnson plays one of the best renditions of Spider-Man I’ve seen in a long time, no more is he a rebooted teenager but a grizzled older and more mature mentor (well, I use more mature VERY lightly). Haliee Stenfeld plays the stunning Spider-Woman, with Nicholas Cage giving one of his greatest and most hilarious performances as the black and white 1930s Spider-Man Noir, John Mulaney, as the spectacular Spider-Pig (yes you heard) and Kimiko Glenn as Peni Parker. Each character is different and brings their own personality to the table, making it a fun mix and clash of characters.

Stay after the credits!

I can’t emphasise this enough. I was laughing all the way out of the theatre.

Overall, Spider-Man: Into the Spider-Verse is one of the best animated and comic book based movies I’ve ever seen. It has something for everyone, so it’s the perfect film to go see for the winter break. If you love superheroes, great but also weird writing, good animation or just fun in general, Spider-Verse is the movie to go see.